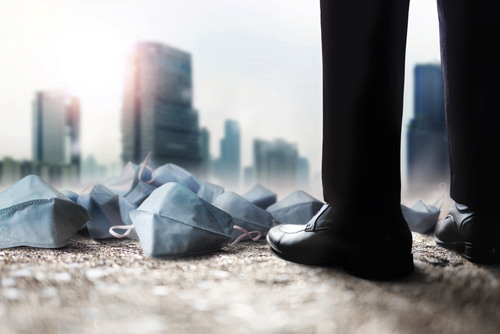 Brussels (Brussels Morning) The unavoidable demand for renewable energy will bring a waste challenge that EU policy makers and industry must address, the European Environment Agency (EEA) announced yesterday in a report.

Fueled by the European Green Deal, the systemic shift from fossil fuels to renewable energy sources is a crucial step for the EU to become climate neutral by 2050.

Renewable energy technologies such as wind turbines, solar photovoltaic panels and batteries, are essential for the transition to climate neutrality. Yet, making sure that none of these green techs end up in landfill is paramount.

WindEurope, an association based in Brussels promoting the use of wind power in Europe, has called on landfills to ban decommissioned wind turbine blades by 2025.

A study conducted by the University of Cambridge estimated that 43 million tonnes of wind turbine blade waste will be generated by 2050, most of which will be disposed of in landfills.

In short, the International Renewable Energy Agency (IRENA) said large amounts of annual waste from photovoltaic panels are anticipated by the early 2030s.

Overall, waste arising from end-of-life clean energy infrastructure is projected to grow up to 30-fold over the next 10 years.

The EEA’s report suggests that the EU has now a “unique opportunity” to “anticipate the changes” by introducing circular economy policies from an early stage.

Batteries for energy storage, the engines for electric cars, also pose certain concerns as to the end of their life cycle. Yet, the EEA’s report estimates that by 2030, 240,000 tonnes of lithium-ion batteries could be recovered through the circular economy.

“Since car batteries pose further environmental threats at the end of their lifespan, scaling up reuse and recycling will also be key to making the shift to low-emission mobility truly sustainable,” said Sören Amelang and Benjamin Wehrmann on the Journalism for the energy transition.

The EEA defends that ecodesign and the circular economy approach — including repair, upgrading of equipment and recycling of end-of-life infrastructure — as underpinning the sustainability credentials of Europe’s renewable energy transition.

The EU agency further highlights that much of the waste arising from evolving technologies either belong to established recycling systems — steel, glass, aluminum — or are high-value critical raw materials.

In fact, deployment, maintenance and replacement of renewable energy technologies requires significant resources, including many substances included in the EU list of critical raw materials, the EEA notes.

This scenario, the EEA says, presents significant opportunities to reduce consumption of scarce raw materials by recycling metals and other valuable resources back into production systems.