Why is gender-based violence under-reported and unaddressed in the EU?

by Elena Kountoura MEP
in Opinion 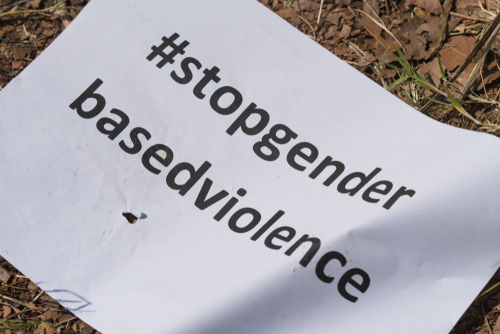 Brussels (Brussels Morning) Gender-based violence (GBV) is a violation of human rights and an extreme form of discrimination, entrenched in gender inequalities and their reinforcement. One of the most prevalent forms of GBV is intimate partner violence, which disproportionately impacts women and children.

According to official data, an estimated 22% of women have experienced physical or sexual violence, and 43% have been subjected to psychological violence by their partner. But this is only the tip of the iceberg.

During the COVID-19 pandemic, recent evidence shows lockdowns and social distancing measures have been linked with an exponential increase in the prevalence and intensity of intimate partner violence in many member states, making it difficult for women to access effective protection and support.

Yet, in spite of the prevalence of the phenomenon, it remains under-reported in the EU and there is a significant lack of comprehensive data.

Consequently, to eradicate GBV, there must be a robust and coordinated framework of consistent, harmonised and comparable data collection across the EU.

The data and legal gap

In charge of this dossier within the FEMM Committee, I have made specific proposals and recommendations in our joint draft-report for necessary measures in child custody rights regarding  domestic violence cases.

Empirical research has shown that the number of parental responsibility issues, such as custody and visitation rights, has increased mong cases associated with intimate partner violence. While child abuse is a clear and widely used factor in determining custody arrangements, the dangers of joint custody and visitation arrangements, when violence is committed against the other parent sand not the child, are far from being resolved in the EU.

Unfortunately, intimate partner violence is not given the necessary attention by judiciary systems and officials of the EU member states in cases concerning custody rights. In fact, only a minority of the EU member States have specific legislative provision that regards violent behaviour on the part a parent as a determining factor in deciding on parental responsibility issues.

Gender bias against women in such contexts is prevalent, as women subjected to intimate partner violence are at higher risk of negative custody visitation outcomes.

Indeed, according to GREVIO, there are insufficient measures in place to ensure the safety of mothers who are victims of domestic violence and their children, when decisions are made on child custody and visitation rights in all EU state parties of the Istanbul Convention reviewed to date.

Another important aspect, is that the police officials and judiciary systems in EU member states are not sufficiently trained in domestic violence and its working mechanisms, including coercion, manipulation, and psychological violence, and thus continue to perpetuate and often allow violence that is their responsibility to prevent.

Moreover, joint custody in situations of domestic violence expose women to preventable violence, by forcing them to stay in geographical proximity to their abusers, subjecting them to further psychological abuse.

Perpetrators often use litigation to extend their power and control, and to continue to intimidate and incite fear in their victims. They revert to abuse or threaten to harm or to take the children to harm their partners and ex-partners.

Indeed, children who are exposed to domestic violence suffer from psychological, emotional and physical problems, such as anxiety, psychosomatic illnesses and post-traumatic stress disorder.

This hampers the child’s rights to develop his/her full potential and live a life free of physical and psychological violence.

Even more, child victimisation very often continues and escalates in the context of parental disputes over parental custody and care. In view of this, I firmly believe that in arrangements for custody allocation, the protection of women and children from violence and the best interests of the child must be paramount and should take precedence over other criteria.

Therefore, from a human rights perspective, intimate partner violence is clearly incompatible with joint custody and care, as it has severe consequences on children and women victims.

It is of utmost importance that the Istanbul Convention be ratified and implemented at a national and EU level.

Member states need to take all necessary legislative or other measures to ensure that, in the determination of custody and visitation rights of children, incidents of violence covered by the scope of the Convention be taken into account and that the exercise of any visitation or custody rights not jeopardise the rights and safety of the victim or children.

In this vein, the Commission should propose binding measures and an EU framework directive to prevent and combat all forms of gender-based violence, including the impact of intimate partner violence on women and children, and containing due diligence obligation to collect data, to prevent violence, to investigate, to protect the victims and the witnesses, and to prosecute and punish the perpetrators.

Furthermore, the member states should establish specialised courts and judicial offices to handle such cases.

Targeted training and guidelines must also become mandatory for judicial, law enforcement officers and all professionals dealing with the victims, about domestic violence and its mechanisms. This would contribute to avoid discrepancies between judicial decisions and to eliminate discrimination or secondary victimisation during judicial, medical, police, child protection and guardianship proceedings.

Children and women must be duly heard. Their  protection should be systematically placed as a high  priority in the European agenda and for all member states.