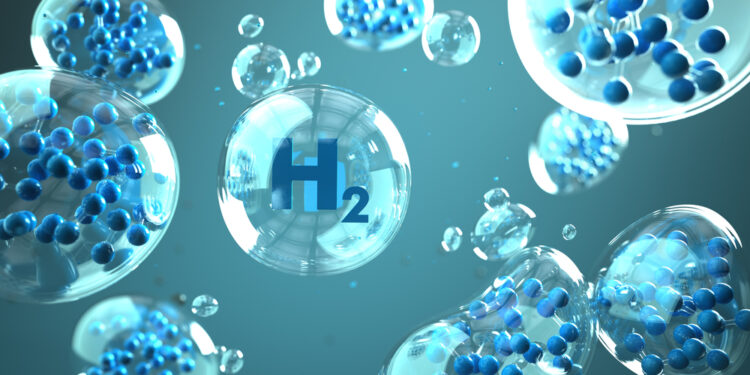 Brussels, (Brussels Morning)-  By 2050, Brussels must be carbon neutral and natural gas is therefore no longer an option as a heating source. Brussels distribution system operator Sibelga is preparing for this turnaround. Preference is given to heating via heat pumps, but the network operator wants to use hydrogen in old, poorly insulated homes. The old natural gas pipelines could largely be used for this.

If it depends on Sibelga, the Brussels network of natural gas pipelines will eventually be used for the transport of hydrogen gas. It had a study carried out on this fuel by the consultancy firms Sweco and Deloitte.

“Three quarters of Brussels fuel consumption is used for heating buildings: homes and offices,” says BRUZZ. “Natural gas is largely used for this.” Replacing natural gas with a more sustainable alternative is therefore one of the major challenges for Brussels climate policy.

In addition, the Region is investing 350 million in the Renolution strategy to ensure that Brussels homes achieve an average energy performance level of C+ by 2050, compared to an E or F now. This equates to consumption that is three or four times lower than in the current situation.

Because the majority of houses in Brussels are old and therefore poorly insulated – no less than 92 percent were built before 1970. Electric heating with a heat pump is by far the best solution for well-insulated homes, says Noel. “But we realise that there are social and urban reasons why not every home will be renovated in time.”

A heat pump in a poorly insulated house is not a good solution, explains Noël and her colleague, innovation expert Bruno Deremince. “The electricity bill of the residents would rise sharply, because they would consume much more. However, the pump would still not work enough to keep it pleasantly warm. The higher consumption would also cause overload on the Brussels electricity network, which is not adapted to such a big question.”

In such homes it is better to heat with a hydrogen boiler, says Noël. Alternatives such as bio- or synthetic methane are also possible, but have not yet been studied.

“Hydrogen will certainly play a role as a fuel for heavy transport, trucks and articulated buses. By 2026, together with Fluxys, we will build a hydrogen filling station for the STIB on the border of Anderlecht and Vorst. In the meantime, one hydrogen bus is already on the road as a pilot project . “

It is still a question of what percentage of Brussels homes will be renovated in the coming decades – today the renovation rate fluctuates around 1 percent per year. In addition, it is also not yet clear how much sustainable hydrogen can be imported, mainly from sunny countries such as Australia, Chile or Oman, and how much that hydrogen will cost.

Depending on these two factors, Sibelga expects that 18 to 75 percent of Brussels buildings will be heated with hydrogen by 2050. “The latter percentage is when relatively few buildings have been properly renovated, and hydrogen can be imported sufficiently and cheaply,” says Noël.

If hydrogen is very expensive and therefore little available (fourth scenario in the graph below) , Sibelga expects many hybrid hydrogen heat pumps, with the hydrogen boiler taking over during the coldest period of winter.

As the hydrogen economy develops, national gas grid operator Fluxys will develop a backbone for the national grid, normally by 2030. That rollout will cost 230 million euros, and the pipelines will probably run just north of Brussels, says Deremince. “In that case we will be able to branch off from there for Brussels. One possibility is that the main pipeline for the region would run via the canal, but that has not yet been decided.”

Sibelga also studied whether the 3,000 kilometres of current natural gas pipelines are suitable for transporting hydrogen. That turns out to be no problem, except for a few high-pressure pipes and 1 percent of old cast iron pipes. The latter are mainly located in Saint-Gilles and will first have to be replaced.

Couplings, welds and intermediate pieces must still be tested to see if they are resistant to the hydrogen gas. “That will be done in a ‘living lab’ on Gerijstraat, in collaboration with the ULB, the VUB and the Université de Mons,” says Noël.

Sibelga will also study the possibilities of heating networks on biomethane, calculate the impact of the electrification of the heating network, and meet with other parties involved to further prepare the energy transition.