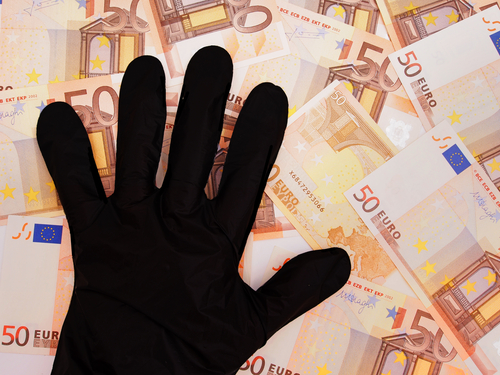 Brussels (Brussels Morning) It’s been clear for a long time that corruption and fraud interfere in effective distribution of EU funds in the Central and Eastern Europe (CEE) region. A new study issued by the Greens/EFA group in the European Parliament looks into five Central Eastern European countries and finds worrying similarities in their systemic misuse of agricultural subsidies. The European Commission has been turning a blind eye on this rampant abuse of EU taxpayer’s money for far too long. Now, during the COVID-19 crisis, it is more important than ever that EU funds are distributed correctly and fairly to continue raising living standards all across the bloc.

The Common Agricultural Policy (CAP), the second-largest expenditure of the EU budget, has been supporting the competitiveness of European farmers since the 1960s. Its share of the budget has been decreasing from a high of 73% in 1985 to 37.4% in 2019. However, it’s still an enormous amount of money of 386.6 billion euros. Most of it is paid through so-called direct payments, which farmers receive according to the area of land they cultivate. In practice, this means that the one who has the most land will receive the most money. Eighty percent of the funds from the program go to 20% of Europe’s largest farmers. A system that motivates agricultural enterprises to accumulate more and more land is not in line with the EU’s social and environmental commitments, as it openly disadvantages small family farms. In the CEE countries as well, the largest recipients of European subsidies hold close ties to the political elites.

In Hungary, a majority of direct payments go to the cronies of prime minister Viktor Orbán, furthering the economic and political concentration of his power. Czechia struggles to resolve the massive conflict of interest of its prime minister, Andrej Babiš, who is at the same time the final beneficiary of some of the largest agricultural enterprises in the country. Investigative journalists have revealed a shocking case of organised subsidy mafia in Slovakia, where some of those arrested are public officials, local oligarchs, and lawyers, all closely tied to Slovakia’s political elite. In Bulgaria, a lion’s share of the CAP funds ends up in the pockets of approximately 100 individuals. And Romania, which manages one of the biggest areas of arable land in the Union, struggles with foreign ownership of land (almost 40%) and publishes so little open data that it’s almost impossible to track final beneficiaries and landowners (last available data is from 2010).

Shockingly, the European Commission itself often doesn’t know who the final recipients of EU funds in member states are. This is mostly caused by a lack of transparency, which prevents public scrutiny. The data about recipients of EU funds are scattered in almost 300 national registers, which are mostly not interoperable with the Commission’s register and fraud detection tools. Lack of clarity on the compulsory length of publication means that data on recipients are often deleted after the mandatory period of two years, making effective control almost impossible. The data needs to be published in a uniform, machine-readable format, which would enable the Commission to use big data analysis and artificial intelligence for the prevention and detection of fraud. Those have proven to be 90% effective in identifying fraudulent applicants for subsidies or public contracts. In comparison, random checks and investigations based on tips currently reveal only about 5% of fraudulent applications and contracts.

The European Commission needs to look more closely at the money distributed in the member states and put in place a mandatory limit of funds that large agricultural conglomerates can receive. The new CAP reform that is currently being negotiated could enable that. The bad news? So far it seems that the control of agricultural subsidies will remain directly in the hands of member states –⁠ which can never work well in countries with a corrupt and politicised state administration. It is also crucial that the European Anti-Fraud Office and the European Public Prosecutor, two EU institutions that investigate and prosecute the misuse of EU funds,  have sufficient resources, as well as support from all member states to do their job well. Hungary, for example, still refuses to cooperate with the anti-corruption authorities.

Attempts to reform the CAP don’t sit well with oligarchs and fraudsters and it’s not surprising at all that the Greens/EFA study was attacked by the Hungarian Ministry of Agriculture, calling it a “Tsunami of Lies”. Yet the ministry failed to challenge the substance of its findings. European citizen’s patience with subsidy frauds in the CEE is running out and the European Parliament recently passed a condition, according to which only countries with functional rule of law systems can continue to receive EU funds. Yet stopping EU funds in a country would also have major impacts on its citizens, who intend to use the money rightly. Therefore, it’s clear that the European Commission should stop burying its head in the sand, avoiding these systemic issues, in negotiations and in practice.