Five questions about the hype padel: will Brussels give in? 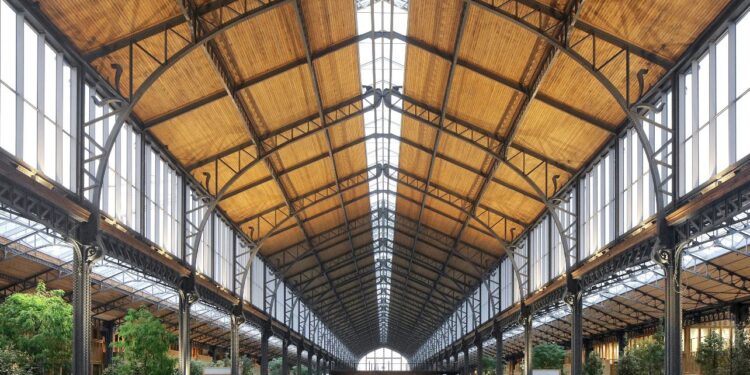 Brussels, (Brussels Morning) – A grand championship at Gare Maritime and fields that are fully booked daily. The four-person sport of padel is gaining popularity, but will it last in a big city like Brussels? “Absolutely,” say the clubs, who are largely located outside the center. Five questions about the hype.

1. Where can you play padel in Brussels?

Especially on the outskirts of town and often near a tennis or hockey club. Today, Brussels has about forty padel courts, according to data from the VGC sports service, spread over fifteen locations. Until 2019, the Region had six clubs that offered such a field. In the meantime, less than three years later, nine clubs have been added and existing clubs have been expanded. As a result, the number of padel fields has at least tripled in three years. This often involves transformations of tennis courts.

The padel fields are mainly located in the municipalities of Uccle, Woluwe-Saint-Lambert, Anderlecht, Vorst, Ganshoren, Berchem-Sainte-Agathe and Evere. Until now, there was no padel club within the Pentagon. Nor in Molenbeek, Schaerbeek or Saint-Gilles. Ixelles only has an area for students on the ULB campus.

2. How many padel players does Brussels have?

That is difficult to calculate. Many clubs do not work with fixed memberships, but individual turns. You then reserve a padel field via a website or application, without further engagement.

In terms of competition, there are rough figures. “I estimate that at least 2,000 Brussels residents regularly participate in padel competitions,” says Vincent Laureyssens, organiser of the Brussels Padel Open this weekend. They often play in clubs in Uccle, Vorst or Watermael-Boitsfort. Around 20,000 Belgians play padel in the same type of competition throughout the country. But according to Laureyssens, there are at least 100,000 Belgian players, if you also include non-binding matches.

There are currently no Brussels players among the Belgian professional players. The top-4 for women consists only of Flemish people, the top-4 for men consists of three people from Brabant and one from Liège.

3. Who are the padel players in Brussels?

“Padel is a family sport,” the club owners say. Brussels residents like to come here with friends, colleagues, as a couple or with the whole family. “We have players from 25 to 70 years old, as many women as men and people from 50 to 100 kilos,” says Frédéric Lemoine of Urban Padel Brussels, the pop-up club at Circle Park in Anderlecht . “We get a lot of interest from companies for teambuilding. The sport is playful, social and not too technical. You quickly master it.”

That broad audience has not always been there. Just under ten years ago, the first padel court in Brussels opened in Evere. “The players were almost exclusively Spaniards, who couldn’t find another field in Brussels,” says club president Alex Olalla – himself a Spaniard – of White Star Padel Club. “We only had two or three reservations a week then.” As the club grew and opened an extra field, it mainly attracted (ex) tennis players. “Today the sport is for everyone,” says Olalla. He also notices this in the reservations: almost every evening the four fields of his club are fully booked.

Olalla is talking about an audience of young and old. Urban Padel Brussels talks about Brussels residents from every municipality, including many expats. “The sport is now especially popular with the middle and upper classes,” says CEO Laureyssens of the Brussels Padel Open, who compares it to hockey and tennis. “That will expand to all target groups, just like it happened with tennis, football and badminton.”

4. How affordable is padel?

On average you pay 10 euros for a padel session of one and a half hours. Depending on the club and the time slot, renting a site costs 20 to 50 euros, a price that you share between four people. Renting rackets costs an average of 3 euros per person. If you play weekly, you will quickly lose 50 euros per month. There are also subscription formulas.

“I know the sport is quite expensive,” says Lemoine of Urban Padel Brussels, “but through our sponsor Lipton we regularly organise free events for children or open game days.”

“Padel is cheaper than tennis,” refutes Alex Olalla. “You divide the price of a field by four instead of by two. In Belgium you really don’t find many other sports activities with an hourly price of 10 euros.”

For those who want to go to the Brussels Padel Open this weekend : a seat in the stands costs at least 39 to 59 euros, depending on the match day. “Adults are allowed to bring two children for free and for students there is a discount of 15 euros. The intention is really to get all Brussels residents to watch padel,” says CEO Laureyssens. He hypothesised that the general price of the sport will also drop as more terrains come up.

5. How many more padel fields will there be?

Maybe another forty, Laureyssens thinks. He talks about doubling the current number in the next three years. This concerns another thousand sites across the country.

“We are already looking forward to sites to establish our club after 2024,” says Lemoine of Urban Padel Brussels. His five fields in Grondelsstraat will have to make way for real estate after the summer of 2024. “Opening a new padel court is complex because of the noise pollution. You notice that in every municipality. And sometimes you are not allowed to open a sports field in industrial zones either outside the residential zones.”

Applying for a permit takes a long time, the clubs say. However, the urban.brussels regional administration has not yet refused any permit applications. “The projects are always analysed because it involves waterproofing the ground and fairly high structures,” says competent State Secretary for Urban Planning Pascal Smet (one.brussels-Vooruit). His department has processed some twenty permit files over the past five years, all of which have been approved.

It is unclear how many new fields are still in the pipeline. The tennis club of Anderlecht would like to open an extra field. According to the VGC, the Vrije Universiteit Brussel is also considering padel grounds at their sports complex.

Conclusion: is padel a keeper?

“Padel is addictive,” Lemoine says. “A lot of new players come back very quickly. You don’t have to be very fit and not a professional. Everyone has played beach tennis on the beach at some point. People want to get that same feeling on a pitch.”

According to Laureyssens, the sport has not yet reached its maximum target group. “There are now 100,000 padel players in clubs across the country. By comparison, for tennis there are 200,000. In four years, padel has thus reached half the number of tennis players. The growth is exponential,” he says.

The question is whether all those padel players will find enough playing ground in densely built-up Brussels. “The city of Madrid already has at least a thousand padel courts,” says Olalla of White Star Padel Club. “What are the forty fields in Brussels then?”