The EU must face Diem with a regulatory bulwark 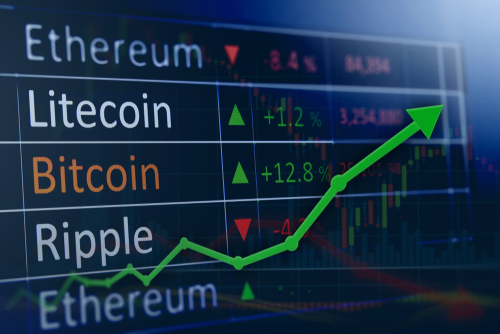 In the fast evolving world of crypto-markets, European regulation is ever more urgent — Facebook’s Diem will speed up progress, writes Stefan Berger MEP.

Brussels (Brussels Morning) Stablecoins have become the subject of heated political and economic debates after Facebook and its partners announced an issuance of their own global stablecoin, Diem. European authorities are required to respond: no stablecoin project should begin operation in the EU until the relevant actors have addressed the  legal, regulatory and oversight challenges and risks associated with the coin. The European Central Bank should have the final say on stablecoin regulation.

Crypto-assets are continuously evolving. The World Economic Forum recently published analyses saying that by 2029, approximately 10 trillion dollars will be tokenised by the help of the blockchain. It was Facebook’s announcement to introduce its own digital currency called “Diem” that has unlocked the stablecoin era in the financial world. Mark Zuckerberg’s initial concept was first presented in 2019 and aimed to create a single global

currency, formerly known as ‘Libra’. Pegged to a basket of national currencies and bonds,

Diem was supposed to be used in a new word wide blockchain network. In contrast to Bitcoins, stablecoins such as Diem rely on a set of stabilisation tools which minimise fluctuations and qualify them as currencies. The idea behind Diem is that money should be sent as easily and quickly across the world as text messages. According to Facebook, in particular, underbanked and unbanked regions of the world would achieve access to the financial system and become part of a worldwide unified financial ecosystem. A Switzerland-based consortium, the so-called Diem Association including companies such as Uber, Coinbase, Spotify and others, will be responsible for the governance of the Diem network and monitor the development of the Diem project.

Severe regulatory pressure, however, made Facebook alter its plans. In order to address public and political concerns, instead of only one single coin linked to multiple currencies, the Diem project was modified to offer multiple coins that would each be backed by a different national currency. Furthermore, Diem considers itself a partner for central bank digital currencies rather than a rival allowing financial institutions to connect to the Diem network to facilitate transactions.

Diem, a wolf in sheep’s clothing

The flip side of stablecoins such as Diem is the host of risks they can pose to our social and economic life. Since its public announcement, Facebook’s currency has frequently been confronted with regulators’ warnings of Diem being potentially abused as an instrument money laundering and terrorism financing.

A cryptocurrency launched and controlled by a giant tech company that has a history of questionable practices such as Cambridge Analytica scandals raises concerns when it comes to the protection of data and privacy. A private currency project bringing together the dominance over date with the power of money not only bears privacy concerns for its users but also threatens the stability of traditional government-run financial systems.

Not to forget that Facebook is the most popular social media network worldwide with more than 2.7 billion monthly active users. And as Facebook’s members are also potential Diem users, Facebook, or respectively the Diem Association, could achieve the status of a Central Bank overnight, backed by a trillion-dollar reserve.

Strengthening the role of the European Central Bank

Currently, the crypto-asset market does not pose a threat to financial stability. But this may change with the introduction of global stablecoins like Diem. Therefore, Europe needs a regulatory and oversight framework.

Initially, the EU-Commission had proposed that relevant authorities such as the European Central bank should provide non-binding opinions with regard to the introduction of new crypto currencies. Nevertheless, it is the right step to equip them with more powers to take an active role during the authorisation procedure of a new crypto currency.

More precisely, the authorisation of stablecoins must depend on the ECB’s monetary policy consideration, which has been proposed in the first draft of the current Markets in Crypto-Assets report.