West sees Russia most negatively according to poll 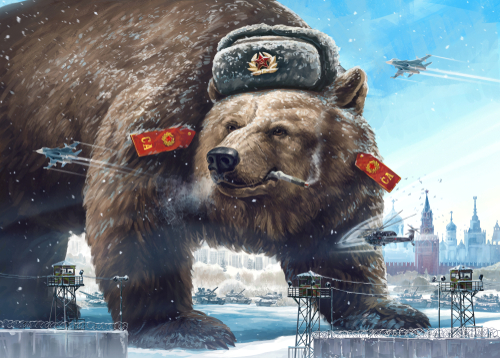 Grotesque (caricature) character. Formidable bear in a soldier's hat looks away West's and smokes. Comic image of Russia and the USSR. Propaganda cliche.

Belgium, (Brussels Morning Newspaper) According to a poll conducted by the Alliance for Democracies, Western countries have the most negative view of Russia.

While liberal democracies largely have negative views of Russia, the country is seen in a positive light in Algeria, China, Egypt, Indonesia, Malaysia, Morocco, Pakistan, Saudi Arabia and Vietnam.

The poll was carried out in 52 countries after the start of the war in Ukraine, with the majority of respondents in 20 countries against cutting economic ties with Russia over the war.

Colombia is split evenly and 20 of the 31 countries that are in favour of severing ties with Russia are in Europe.

On the other hand, perception of Russia in India was 36% net positive, followed by Algeria with 29%, Indonesia with 14%, Saudi Arabia with 11%, Egypt with 7% and Morocco with 4%.

Irrespective of mixed views about Russia, respondents showed strong sympathy for Ukraine, with the majority of respondents in Asia, Europe and Latin America expressing belief that NATO, the EU and the US could do more to help Ukraine.

Globally, roughly 46% of respondents think that NATO, the EU and the US are not doing enough to help Ukraine, in contrast with 11% who think they are doing too much.

About 43% of European respondents expressed belief that Europe did too little to help Ukraine, while roughly 11% think it did too much.

China is not seen negatively to the same extent as Russia, with respondents from the UK showing greatest support for severing economic ties with China if it launched an attack on Taiwan.