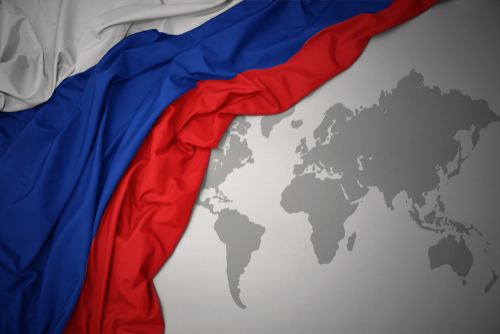 Brussels (Brussels Morning) Russia and Western countries discussed the migrant crisis on the border between Belarus and the EU at the UN Security Council meeting on Thursday.

The West accuses Belarus of weaponising migrants from the Middle East for political purposes, with Russia standing in defence of Belarus, as reported by DW today.

During the Security Council meeting, representatives of Albania, Estonia, France, Ireland, Norway, the UK and the US accused the Belarus President, Alexander Lukashenko, of orchestrating the migrant crisis on the border between Belarus and the EU.

“We condemn the orchestrated instrumentalisation of human beings whose lives and wellbeing have been put in danger for political purposes by Belarus“, the countries stressed in a joint statement.

They warned that Belarus was using migrants to “destabilise neighbouring countries and the EU’s border”, claiming that the country is “diverting attention away from its own increasing human rights violations.”

They decried Belarus’ actions as unacceptable and called for a “strong international response.”

Before the meeting got underway, Dmitry Polyanskiy, Deputy Permanent Representative of the Russian Federation to the UN, suggested that the Western countries had “some kind of masochistic inclinations because to raise this topic, which is a total shame for the EU, in front of us would be very brave.”

He asserted that Russia and Belarus are “absolutely not” orchestrating the crisis.

“One should be mindful of the reasons why these people are fleeing their home countries, who was responsible for this crisis, and what states destroyed their homelands”, Polyanskiy stated.

Today, Horst Seehofer, German caretaker Minister of the Interior, Building and Community, noted that “Poland is performing an important service for all of Europe” by guarding the EU’s external border.

Also on Friday, the Turkish Directorate General of Civil Aviation (SHGM) announced it would no longer allow sales of air tickets from Turkey to Belarus to people from Syria, Iraq and Yemen.

“In relation to the illegal border crossing problem between the European Union and Belarus, it has been decided [that]…citizens from Iraq, Syria and Yemen wanting to travel to Belarus from our country’s airports [are] not to be sold tickets and not to be allowed on planes”, the SHGM statement declared.