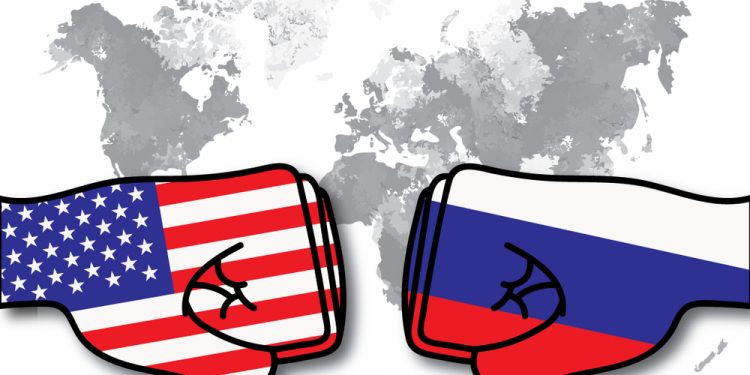 After more than two generations, the vision of a Europe stretching from the Atlantic to the Urals remains elusive.

Washington (Brussels Morning) Following the annexation of Crimea, the distance between Moscow and Brussels seems to be widening. Moreover, as Turkey and China become more assertive in Central Asia, the Caucasus and Eastern Europe, one wonders whether there is room for reconciliation.

The Trump administration made clear that Washington is not necessarily a long-term security provider. This begs the question whether it is time for Euro-Atlantic partners to rethink the West with a capital W as a community. Is this the time to recognise that liberal democracy is a sovereign choice without a claim to universality?

To develop this discussion we engage with James Sherr, a scholar who for 30 years has advised the UK and US governments on Russian policy, while working with the Ukraine on defence and security sector reform.

Dr Sherr is currently a Senior Fellow of the Estonian Foreign Policy Institute in Tallinn and an Associate Fellow (and former head) of the Chatham House Russia and Eurasia Programme. He was a Senior Lecturer at the Social Studies Faculty of Oxford University, the Conflict Studies Research Centre of the UK Ministry of Defence (1995- 2008) and Director of Studies of the Royal United Services Institute (1983-85).

Ambassador Tedo Japaridze (TJ): There are those who would argue that Putin is the product of Yeltsin and in some way that the state of affairs in Russia is in essence a Western failure. Do you agree?

James Sherr (JS). The compulsion to solve what is not amenable to solution is an enduring feature of the liberal mind.  So is the need to pretend that we have only the enemies of our own making. In 1983 Jean-François Revel lamented that ‘democratic civilisation is the first in history to blame itself because another power is trying to destroy it’.

Thirty-seven years later, it remains difficult for many of the West’s most respected figures to accept that Russia and China regard the West as their adversary not because it has bad intentions, but because it has something they want, because it is present where they do not want it to be present and because it offers choices to people whom they believe should have none.

In 2020 alone, no fewer than three expert-led reports, ‘open letters’ and statements of ‘recommendations’ have appeared warning of the dangers of leaving the present impasse between Russia and the West unattended. The subtext seems to be that the impasse is dangerous because it is an impasse.

TJ: But is not an impasse, by definition, a problem we should address?

JS: The premise that an impasse is a problem to resolve is flawed at two levels.

Given the gap between the interests and outlooks of the protagonists, an impasse is probably the best outcome achievable. It is far preferable to the unchecked fears and ambitions that produced war between Russia and Georgia in 2008 and between Russia and Ukraine in 2014-15.

The second flaw is a trivialisation of the interests that divide the West and Russia.

They arise not only from conflicting commitments but divergent cultures of security, contrasting views about the ’rights’ of states as well as the character of international order itself.

But until one side or the other decides to change its interests, or is forced to do so, the impasse will continue. Today there are quite a few in the West who would like to change ‘Western interests’. But so far, even in the Trump administration, they have lacked the clarity, cohesion and courage to do so.

TJ: We claim that the Kremlin fails to ‘review its interests.’ But revisionism is not the exclusive preserve of Russia. What about the Azeri-Armenian conflict? This was a war with Turkish involvement in a region Russia considers its sphere of influence. Is this not a proof that Russia is in fact able to review its interests?

JS. At one level, yes. Yet this ‘review’{of Russian interests} is about retrenchment rather than a retreat, and has unpleasant implications for others.

The results are most visible in Karabakh.

One can say of Turkey today what was said about Russia at the time of the war with Georgia: it is ambitious and cynically pragmatic, it will unapologetically advance its own interests, and it will not be deflected by the disapproval of others.

Yet Russia allowed it to fight and win a war in a zone it hitherto considered closed.

TJ. But that is not a revision of Russian interests. That is the pursuit of interests by other means. Is not that the definition of war? And if willingness to allow war to happen is the essence of Russian politics, what are the implications for Belarus and Ukraine?

First and foremost, for Russia, what is svoi (one’s own) remains svoi, which in essence means Belarus and Ukraine.

In Belarus the issue for the Kremlin is not Lukashenka. It is that Russia, and Russia alone, be the arbiter of the terms of his survival and departure. Moreover, six years after the annexation of Crimea, Russia unapologetically incorporates Ukraine’s identity into its own. So long as this existential threat to Ukraine exists, Russia will not surrender its control over half of Donbas for anything less than de facto control of Ukraine itself.

One day, Putin or his successors might change their understanding of Ukrainian reality and Ukraine’s essence. But that day will not be advanced by sanction mitigation, disengagement zones and other ‘confidence-building’ measures put forward by those who equate conciliation and reason with progress.

TJ. How is it that the Kremlin is willing to tolerate Turkey’s involvement in its sphere of influence? By the same token, is not Russia threatened by Chinese involvement in Central Asia and Eastern Europe?

JS. The lodestar in Russia’s geopolitical universe is the West.

Until it ceases to be ‘the West’, institutionalised by NATO and led by the United States, it will remain the ‘main enemy’.

Turkey’s presence in the South Caucasus is not ideal for Russia, but it is a worthy price to pay for the West’s removal from the region and Turkey’s decoupling from NATO itself.  China’s encroachments into Central Asia are unwelcome, but they are preferable to Western encroachment.

Russia will support European ‘strategic autonomy’ for all its potential to damage the cohesion of NATO. But Europe will not become a full and equal partner until it parts with NATO, abandons sanctions, concedes Russia’s primacy in ‘former Soviet space’ and removes values from the agenda of discussion.

The West will soften these realities by strengthening its capacity to deal with them. By seeking cooperation where there is none to be had, it will only prolong them.