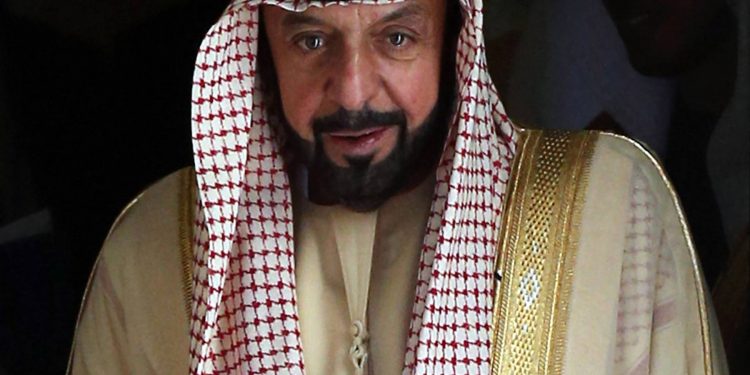 London (Brussels Morning) An investigation in the Guardian has revealed that Sheikh Khalifa bin Zayed al Nahyan, the current president of the UAE and emir of Abu Dhabi, has a hidden property portfolio in London, England, worth around £5 billion (€5.5 billion).

Ownership of the property that spans elite capital addresses such as Knightsbridge, Mayfair and Richmond have been kept secret for decades.

According to a Guardian source, “It was created in a subterranean way through stealth-like deals, quietly put together over many years”.

After evaluating leaked documents, court filings and public records, the newspaper pieced together the property holdings belonging to the Gulf-based head of state.

The Sheikh’s property portfolio has exceeded even the Duke of Westminster, a notorious elite city landlord, consisting mostly of prime and commercial real estate.

Apartments in one block have been valued at an average of £20 million (€22 million).

Another commercial office block owned by the Sheikh expands over one side of exclusive Berkely square, host to luxury brands such as Ferrari, Bentley and celebrity haunt Sexy Fish.

The documents also showed how the property portfolio could remain secret through a web of offshore tax havens and shell companies.

Holbein Anstalt is the company that administers the family’s private affairs in London’s Mayfair.

Khalifa’s London property interests were first discovered in 2016 within the Panama Papers, revealing a £1.2 billion real estate share. Documents now show, however, his London stake is five times that amount.

UK Land Registry data also suggests Khalifa owns 170 properties. None of the activity is illegal, although the UK government has promised to enable more transparency over ownership of UK properties in a bid to combat corruption.

Khalifa’s assets are also subject to a court hearing. After a stroke in 2014, his mental capacity to rule come into question, particularly around the approval of some payments.

One document suggests the Sheikh’s half-brother has assumed control of half of his London property assets, but the signature has been alleged not to be Sheikh Khalifa’s but his brother’s Mohammed bin Zayed Al Nahyan, the crown prince of Abu Dhabi and de facto leader of the UAE.

The pound’s weak value has enabled money from the UAE to infiltrate the London property scene over the last few years, but COVID-19 has hurt the high-end market, which is reported to now be affecting the Sheikh’s estate.