Revolving doors and risk of the corruption: a problem for Italy and the EU 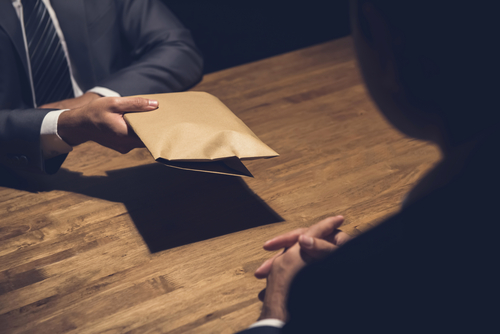 Brussels (Brussels Morning) Conflict of interest and “revolving doors”, plus a lack of adequate protection for whistleblowers — these are the points on which the European Commission considers that Italy is weakest in terms of its respect for the rule of law. It should be remembered that a conditionality clause was voted in which requires Member State to respect the rule of law in order to qualify to receive European finding.

But let us go into detail. There are four pillars that the Commission has taken into consideration in its report.

First: the evaluation of the judicial system, and for our country the report starts rather badly. Italian citizens do not have a good opinion regarding the level of independence of their judiciary: only 34% consider it good or very good. The percentage drops to 29 when the survey is conducted among business organisations. The report underlines the lack of transparency in appointments to the Council of State Prosecutors (and how could anyone say otherwise after the Palamara case?), a justice system that is still too slow, hampered further by digitalisation that is lagging behind, especially in the criminal sector.

Defects in the anti-corruption framework

But the most significant problems are to be found in the anti-corruption framework. There are many shortcomings in this area, despite the fact that the anti-corruption law is considered good. First of all, a considerable gap is reported on whistleblowing. “The protection of whistleblowers”, according to the Commission, “remains limited, because it is based on voluntary compliance programmes that not all companies have put in place. In practice, the Anti-Corruption Authority has no mandate to receive reports from the private sector or to issue sanctions.” Yes, you understood correctly — the protection of whistleblowers is voluntary. Hence, in fact, it is largely unenforced. This is why it is important that the reform on whistleblowing, strongly advocated by the M5s, must also be brought fully into effect in the private sector.

There is also the serious and currently topical issue of regulatory provisions to curtail the ‘’revolving doors’’ syndrome. This is all the more important considering what is happening with the Monte dei Paschi di Siena (MPS) bank.-Had regulatory measures been in place, we could have prevented Pier Carlo Padoan from ‘’jumping’’ from one role to another and managing the whole MPS affair.

As things stand, there is no law on this subject. As the report says, the only proposal pending in Parliament applies solely to “’ members of Parliament and senior executive positions, but does not extend to public officials directly linked to ministers, such as heads of cabinet’’. Of course, the lack of a conflict of interest law for MPs is cited in the report: “Until the new law comes into force, the legislation on conflicts of interest will remain fragmented. Similarly – and here the Commission does not use empty words – the regime relating to the publication of asset declarations by MPs and senators remains fragmented and non-transparent”.

No law on lobbying

The Commission also points out that “there is no law on lobbying of members of the government”, a situation that increases the risk of corruption insofar as party funding is only private and therefore “more vulnerable to unlawful influence”. As well as pointing to a ceiling that it considers too high for private donations (€100,000), the Commission singles out “the practice of channeling donations through political foundations and associations before they are transferred to political parties”, a practice it suggests that “may represent an obstacle for public accounting since such operations are difficult to trace and monitor”.

Nor does the Commission spare the legislative decree on simplifications, noting: ‘’The measures are based on rapid procedures and direct awarding without official tenders (…) all of which risk facilitating corruption’’. Additionally, there is the aggravating circumstance that Covid 19 has increased the risk of infiltration by organised crime through the use of corrupt methods.

The third pillar concerns media freedom and pluralism. The Commission points out that here again there is no law on conflict of interest. The Media Pluralism Monitor puts Italy at medium risk for political independence and editorial autonomy, stressing, however, that “In Italy, high levels of concentration are observed in all media sectors”. Journalists are still too often subject to threats, pressure and intimidation. It also points out that Italy lacks legislation on reckless or nuisance lawsuits, adding that the protection and legal framework about the issue of the professional confidentiality of journalists “remain inadequate”. The Commission also reports obstacles to effective civic access to public administration information.

The situation is slightly better for the last pillar, the balance of powers, with no particular problems identified. The report highlights only the lack of an independent human rights institution, in line with the Paris Principles and UN recommendations.

Italy and the EU should improve their legislation against “revolving doors” abuses because it is now clear to everybody that such practices can lead to economic distortion and conflict of interest that end up harming ordinary citizens primarily.