by Mario Furore MEP
in Opinion 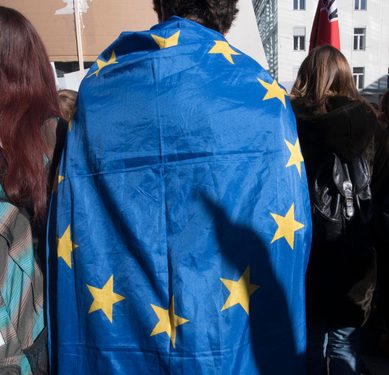 Brussels (Brussels Morning) Europe is at a crossroads. In the coming months we will have to decide on the way forward to make sure that the current economic growth is sustained and robust. The ample liquidity provided to member states by the ECB through the PEPP, along with the suspension of the Stability and Growth Pact, have focused all energies on the number one emergency – the labour market and the resilience of the European business system, so severely challenged by the health emergency.

The data are reassuring. GDP in Italy and Spain in the second quarter of 2021 – higher than the euro area average after years of stagnation – shows that we are on the right path. We therefore expect the focus to be more on investment and and less on budgetary constraints in the future.

The Stability Pact has been one of the main causes of Europe’s difficulties over the last decade. It needs to be reformed, given post-pandemic social and economic conditions and the urgent need to change our development model for one that is more sustainable. In order to achieve expansionary policies that support member state efforts for change, the Commission must lay the groundwork and give all countries the opportunity to contribute to reducing emissions in proportion to the number of their inhabitants rather than basing it on their economic capacity.

The sustainable transition will not be successful unless additional fiscal space is allowed under national budgets. The Bruegel Institute report, presented to the Eurogroup on 10 September 2021, outlines the way forward with regard to the urgent reform of the Stability Pact and proposes excluding all green investments from the Stability Pact calculation.

The ‘’Green Golden Rule’’, an historic proposal by the 5-Star Movement, is the outcome of one of the main battles fought by our delegation to the European Parliament and by the Conte government, notably by former Secretary of State Fraccaro. Now there is no time to lose. It is unthinkable that member states should be forced to finance environmental investments with deficits, especially after a pandemic that has forced everyone to expand their budgets.

Even Nobel Prize winner Joseph Stieglitz agrees with the need to reform the mainstay of Europe’s path to monetary integration. Budgetary constraints have no real scientific basis. The parameters of deficits below 3% and public debt below 60% of GDP, rather than helping European economies to converge, have increased disparities within the Union and need to be changed.

Indeed, greater public investment not only boosts demand but generates more private investment, which has a positive impact on GDP. For an even deeper recovery of the European economy, the sectors covered by the ‘’golden rule’’ should include education, research, health, security and infrastructure.

The debate on the reform of the Stability Pact has only just begun and is not expected to end until the summer of 2022, and possibly later. However, there is something that the Commission can implement immediately. It can deduct from Stability Pact calculations the expenses member states incurred in recent months in fighting the floods and fires that have hit Europe. In Italy alone, more than 500 fires broke out, leading to huge costs for fire-fighting operations, with further costs to follow to cover re-establishing flora, fauna and agricultural activities, as well as for cleaning up the affected areas.

The Solidarity Fund is certainly a useful tool against natural disasters, but it is not sufficient. It is absolutely vital that these extraordinary expenses do not impose a burden on member state budgets since otherwise we risk causing irreparable damage to our countries. Climate change calls for an alliance involving all institutional and political sectors.