by Maya Szaniecki
in Our pick 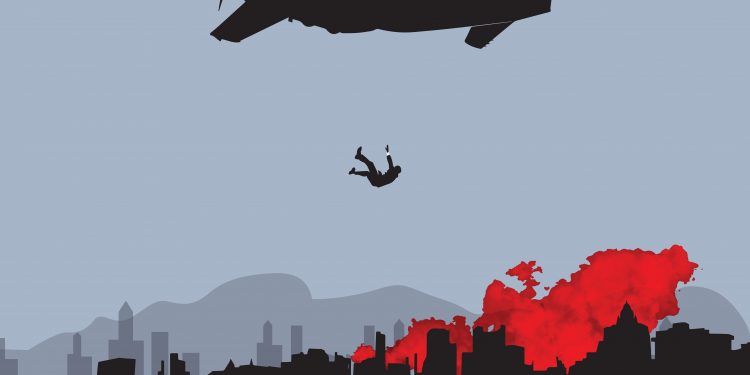 Brussels (Brussels Morning) Interviewing journalists Lailuma Sadid, Khalid Farooki and Nawab Khan gave me with three very interesting perspectives on recent events in Afghanistan and the impact it could have on press freedom. Their varied upbringings in Afghanistan, Pakistan and India respectively meant that they had different opinions on what should happen in the country.

All three now live in Brussels, a city they love for its multiculturalism and the palpable sense of freedom and security they feel working here as foreign journalists. Lailuma Sadid puts it simply. “In Brussels, it doesn’t matter what nationality or religion you are — there are no limits on who I can be and what I can do.”

Sadid especially has an appreciation for the freedom Brussels offers her as a journalist, having been forced to leave Afghanistan in 2012. Born and raised there, she came to Belgium as a refugee, no longer able to work in Afghanistan as a female journalist because of Taliban rule, and for similar reasons unable to continue running the school she had set up so that young girls could continue their education since that too was forbidden.

Although now settled as a journalist in Belgium, she still fights fiercely for women’s rights in Afghanistan. Asked whether the world should recognise the Taliban as the government of Afghanistan, her reply is forthright. “If the international community does recognise the Taliban it will be one of the biggest mistakes it has ever made for the people of Afghanistan.” Hearing Sadid relate the story of her life under the Taliban, when threats, fear and persecution were an everyday occurrence, especially for women, there seems to be little if any space in which to reconcile the world of the Taliban with the modern-day world.

Her commitment and concern for the wellbeing of the women of Afghanistan are evident as she talks about why the world must not recognise the Taliban. Recognition would be “worse for women, and a disaster for the international community”, she maintains.

Khalid Farooki, born in Pakistan and now the Brussels-based EU Correspondent of Pakistan’s IMC GEO TV News, holds a similar view. Having visited Afghanistan on many occasions, he has an affinity for the place he describes as “almost the same country as Pakistan.” He believes that “those who advocate for the Taliban must understand that they are not compatible with the modern world.” His background in Development Studies, including a Master’s degree acquired in the Netherlands, has given him an astute insight into the intersection between gender, economics and human rights. This, paired with his love of journalism “because you feel like you are doing a service for people, fighting for their rights”, is why he too also emphasises the importance of fighting for women’s rights. The EU, he says, “must demand …an inclusive government, and respect for women’s rights,” and it must also seek assurances that girls will be allowed to go to school, something that has yet to happen.

Nawab Khan, on the other hand, points out that “the EU might have to revise its position” towards the Taliban since otherwise it might not have any influence within Afghanistan. For this reason alone, “they might decide to engage and talk to the Taliban.” The Indian journalist, now the European correspondent for the Kuwait News Agency, has extensive experience reporting on relations between the EU and the Arab world. In 2004 he helped the European Commission with a project to strengthen Indian media, an approach, he suggests, that might yield results in Afghanistan, where “the Taliban need time to adjust and understand.” In his view, admittedly more optimistic than that of either of his two colleagues, Afghanistan could soon have more free media, despite the presence of the Taliban.

What will actually happen in the country in the long term remains to be seen. The EU has set out conditions which it expects the Taliban to adhere to. Already, many countries have stated their unwillingness to recognise a Taliban government.

This gratifies Sadid, who clings to the hope that the people of Afghanistan are consulted when it comes to the eventual formation of the government.  “They are the same terrorist group as always,” she says of the Taliban. “The only thing that has changed is that they now know how to put on a front for the world.”

It is her own lived experience of Taliban rule that fuels her drive against its re-emergence and her efforts to reach out to many in order to bring about change. Until that is achieved, she and her many journalist colleagues will continue fighting for the kind of press freedom and truth telling they believe in, the root principles of their chosen profession that in this day and age struggles to be heard amidst the cacophony of social media’s rhetorical certitudes.