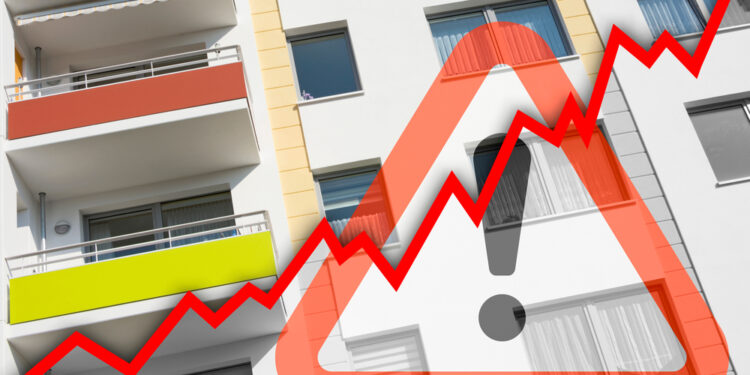 Brussels, (Brussels Morning)- In order to keep rising rents in check, State Secretary Nawal Ben Hamou (PS) put a proposal on the ministerial table on Thursday in which energy prices are not included in the rent index,(as reported by BRUZZ). In this way, tenants are not twice the victims of rising prices. But the proposal has encountered opposition from the coalition partners.

Tenants feel the rising lifespan twice: via the energy bill and via the higher rent, which rises along with the health index, in which those energy prices are calculated.

The Brussels State Secretary Nawal Ben Hamou (PS) wants to do something about this. She had developed three scenarios, L’Echo writes : limiting the indexation to 2 percent per year, a variant in which owners can settle the difference with real inflation afterwards, and a different type of index.

The latter proposal ended up on the ministerial table last Thursday. Rents are now rising in line with the health index, which also includes energy prices. By removing energy from the basket, tenants would only have to pay once for the rising prices.

Toad in the hive

However, the proposal encountered resistance from Open VLD and Défi. On the one hand, because it would discourage owners from investing in rental properties, which would lead to even more shortages on the housing market. On the other hand, because this new index would apply to every tenant, including those who can cope with the rising lifespan.

But Ben Hamou said that a difference per income group would not be legally tenable, so that a general rule is necessary.

The proposal therefore seems to be off the table for the time being, although the spirits in the real estate world do seem to be maturing, De Tijd knows. For example, Dumont Gestion, a rental management agency, reported that landlords are more likely to renegotiate rent for fear of losing their tenant.

PVDA-PTB also continues to exert pressure, and submitted a proposal to the Brussels parliament to limit the indexation to 2 percent. Earlier, the PVDA also offered a change of majority to get Ben Hamou’s rejected proposal voted.