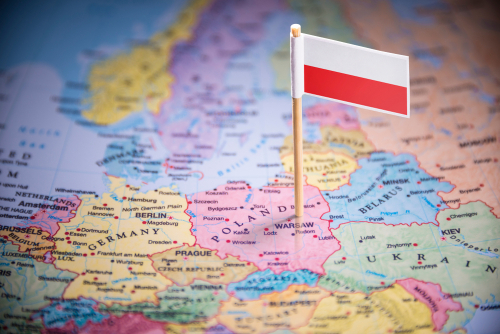 Brussels (Brussels Morning) The Polish government summoned the Belgian ambassador in Warsaw on Friday, following mid-week statements by Belgium’s Prime Minister Alexander De Croo about Poland’s rule of law dispute with the European Commission. Commenting about prior remarks by Poland’s Prime Minister Mateusz Morawiecki, De Croo accused his opposite number of “playing a dangerous game”, claiming he was “playing with fire when waging war with your European colleagues for internal political reasons.”

The Belgian PM’s was responding to Morawiecki’s earlier assertion that Warsaw would use any means at its disposal should Brussels wish to start “the third world war” by blocking Poland’s access to EU funds.

Belgium’s ambassador Luc Jacobs was summoned by Poland’s Deputy Foreign Minister Szymon Szynkowski vel Sęk, who expressed “disapproval and indignation” on behalf of the Polish government over De Croo’s statements. “Such public comments do not contribute to a good climate in Polish-Belgian relations”, he declared.

On Wednesday, the European Court of Justice (ECJ) fined Poland 1 million euro per day until such time as it dissolves the controversial disciplinary chamber of its Supreme Court, which the ECJ maintains is detrimental to judicial independence and is contrary to EU law. Last June, the ECJ ordered Poland to suspend the chamber, and the announced fine is to be applied retroactively and to remain in effect until the Polish government complies.

While Warsaw initially pledged to suspend the chamber, when faced with the threat of losing access to EU funds, it has done nothing since to begin the process, claiming it will happen as part of a broader package of judiciary reforms, for which neither a road map nor a date have yet been set.

The row between Warsaw and Brussels escalated following a ruling by the Polish Constitutional Tribunal earlier this month, which determined that parts of EU treaties are in violation of the Polish constitution, in effect, placing national laws above EU law.