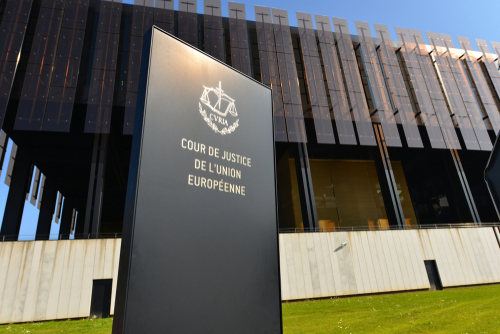 Brussels (Brussels Morning) The European Court of Justice (ECJ) announced on Wednesday that it has ordered Poland to pay a fine of 1 million euro per day until it complies with an earlier ruling demanding that it dissolves the controversial disciplinary chamber of its Supreme Court.

The ECJ ordered Poland to suspend the chamber in July, finding that it interferes with judicial independence and that its authority over the Supreme Court justices breaches EU law. The ruling sparked a row between Warsaw and Brussels, which culminated in the Polish Constitutional Tribunal ruling that some parts of EU treaties are contrary to the Polish Constitution.

Threatened with the withdrawal of EU funding over its refusal to comply with the ECJ verdict, the Polish government initially pledged to dissolve the disciplinary chamber, but apparently has since engaged in a stalling tactic. Warsaw claims it will dissolve the chamber as part of broader judiciary reforms, but has made no moves since to do so. Nor has it stated any deadlines or indicated any plans as to when or how it will comply.

“In the ruling issued today, the Vice-President of the Tribunal obliged Poland to pay a penalty payment of EUR 1 million per day, counting from the date on which this ruling was delivered to Poland”, the ECJ announcement stated.

Poland’s Deputy Justice Minister Sebastian Kaleta reacted to the fine on Twitter, describing the top EU court’s demand as a form of “usurpation and blackmail”, sentiments previously expressed by the country’s Prime Minister Mateusz Morawiecki.
Confronting the majority of EU27 leaders over the nation’s Constitutional Tribunal ruling, which many hold undermines the key pillar of the EU, Morawiecki said Warsaw “would not bow to EU blackmail”, as he asserted that some European institutions were overstepping their bounds.