by Victor Negrescu
in Opinion 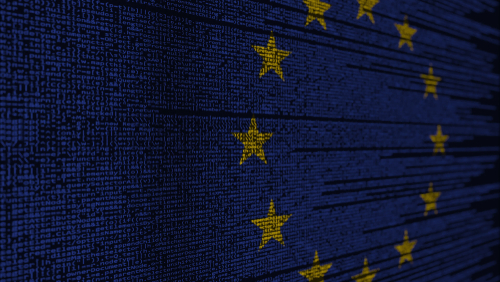 Brussels (Brussels Morning) The yearly conciliation on the European Budget is one of the key Brussels debates that seldom makes big headlines in national media yet is central for the implementation of the EU policies. Last year, delayed by the negotiations with the Council on the Multiannual Financial Framework (MFF), European institutions were subject to a weak budget that resulted in a lost year for the implementation of EU programmes.

We cannot repeat the same mistakes again. If we want a strong recovery and if we want to deliver in meeting the expectations of European citizens, we must make sure that there are sufficient funds available from the start of the coming year. This is why the European Parliament has called for an increase of 708.5 million euro over and above the Commission’s latest weak proposal, which once again mirrors the Council’s position on the issue. The independence of European institutions is key for a constructive negotiation.

The MFF agreement was clear and must be respected. What has been lost this year has to be recovered by making 2022 a year in which the EU budget is fully l implemented. In this regard, the 425 million euro cut proposed by the Council is inconceivable to the Parliament, since it would consign relevant appropriations for research to the second part of the MFF period. We need to make full use of those resources now in order to meet our targets and to keep Europe at the top of global innovation.

The Parliament makes every effort to try and avoid these types of mistakes while pushing for a strong social recovery. The Council and the Commission must ensure that the EU programmes are fully operational not just in Brussels but also in the member states. Delays in negotiations between the Commission and members states on the structural funds for the current MFF risk leading to further failures to honour and respect existing commitments and obligations and could end up leading to a further loss of public trust in the process.

Together with the other MEPs, we have concentrated our requests on issues related to the current pandemic context by requesting additional funds for the EU4Health Programme, the creation of a specific line for Tourism, the strengthening of the Connecting Europe Facility for Transport, Energy and Digital and the consolidation of the Digital Europe Programme on skills, with special reference to the needs of vulnerable groups.

One of our key requests is an increase of 700 million euro for the EU Child Guarantee. The additional amount would enable us to speed up implementation and help children across Europe to have access to education and health especially in the context of the current pandemic. As usual, both the Council and the Commission want to block us with bureaucratic procedures. If so, they should keep in mind that by opposing this increase, they are not merely saying no to the Parliament, they are saying no to each and every European child.

Another big debate will be on the Neighbourhood, Development and International Cooperation Instrument (NDICI), whose budget the Council has cut by 500 million euro despite its stated support for a self-declared geopolitical Commission. The Parliament wants a strong Europe in the world and requests 222 million euro for NDICI, more than 300 million for the Humanitarian Aid, plus 1 billion euro for COVAX. We also believe that our values should be reflected in an increase of the Rights and Values programme, including DAPHNE, an increase for AMIF and the creation of a reserve for FRONTEX.

Last, and not least, the Parliament believes that Europe should invest more in its future. That is why we are calling for an additional 137 million euro for Erasmus, a new financial line for the European Year for Youth, 24 million for supporting SMEs and startups and 171 million euro for the LIFE biodiversity programme.

To be clear, contrary to what the Council is pretending, the Parliament has put forward a proposal leaving sufficient margins for unforeseen events. Additionally, we are determined to align taxpayers’ money with our stated positions in support of policies that concern and benefit European citizens. The Council always comes up with new priorities, the Commission launches additional initiatives yet they fail to ensure fresh new resources. We are committed to giving more coherence to the European budget.

The conciliation procedure is a far from easy process. However, the Parliament seeks a constructive approach to ensure we arrive at a citizen-oriented budget. In this, the position of our parliamentary institution must be respected by our negotiation partners. Should this prove to be the case, together, we can make sure that we have enough resources for our common European priorities.