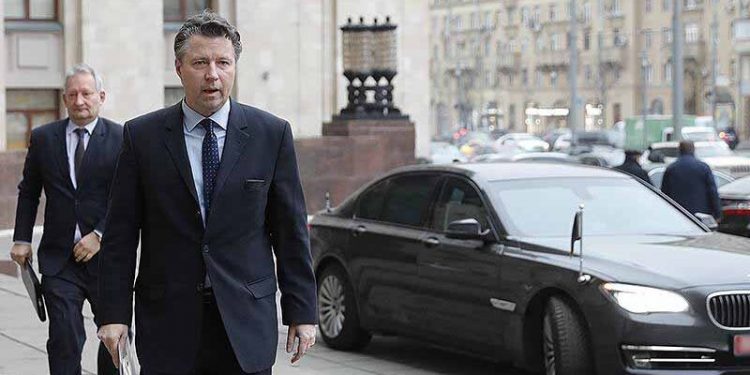 The Russian Foreign Ministry has summoned Germany’s ambassador to talks about German claims that the Russian opposition leader Alexei Navalny had been poisoned, DW reports. German officials claim they have evidence that supports the accusation, while Russian authorities say Germany is bluffing.

Navalny was flown to Berlin last month after he fell ill on a flight in Russia. Medics in Berlin stressed that evidence suggests Navalny was poisoned with the Novichok nerve agent. Yesterday, according to the US State Department, the G7 condemned what it described as the confirmed poisoning of Navalny. Foreign ministers of Canada, France, Germany, Italy, Japan, the UK and the US along with the High Representative of the EU were united in condemning the confirmed poisoning in the strongest possible terms, according to a statement. The G7 called on Russia to establish transparency urgently and fully as to who is responsible for the attack on Navalny, while reminding that Russia is required to bring the perpetrators to justice under the Chemical Weapons Convention.

Russian Foreign Ministry spokeswoman Maria Zakharova pointed out on Facebook that the situation is too serious to allow German officials to keep all the evidence to themselves. Russia, she said, expects Germany to provide all available information, including laboratory results and other evidence, adding that Russia awaits the German ambassador. Zakharova concluded that Berlin is bluffing.

Yesterday, foreign policy expert Roderich Kiesewetter, a member of the Bundestag and German Chancellor Angela Merkel’s party, said Germany and the EU will have to decide how to proceed with Russia. The EU, he noted, should demonstrate its dedication to international rules, which the Navalny poisoning in Russia had clearly violated.

Germany has not confirmed whether it will release the full results of the toxicology tests carried out on Navalny.