EU, US end dispute over tariffs on metals 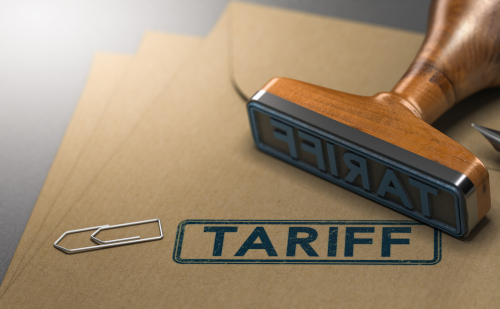 Brussels (Brussels Morning) The EU-US dispute over aluminium and steel tariffs ended on Sunday with the announcement that they plan to fight against “dirty” production globally.

US President Joe Biden pointed out at the G20 summit in Rome on Sunday that Washington’s agreement with the EU meant the immediate removal of tariffs on aluminium and steel imports from the bloc, Reuters reported.

“The United States and the European Union have reached a major breakthrough that will address the existential threat of climate change while also protecting American jobs and American industry”, Biden declared.

In response, the EU in lifted tariffs on US products including Harley-Davidson motorcycles, power boats and whiskey, retaliatory measures that had been imposed by the blocin for the aluminium and steel tariffs.

At a joint press conference with Biden, European Commission President Ursula von der Leyen said the EU and the US plan to tackle overcapacity in the steel industry, which she described as one of the largest emitters of CO2,.

“The global arrangement will add a powerful new tool in our quest for sustainability, achieving climate neutrality, and ensuring a level playing field for our steel and aluminium industries”, she observed.

The global agreement is to be hammered out over the next two years to promote environmentally-friendly production of aluminium and steel. It will be open to all who want to join.

This includes China, which the EU and the US blame for use of “dirty” steel production and excess production capacity.

Biden announced that the agreement would restrict US market access for “dirty” steel as well as deter steel dumping practices.

An EC statement said that “the global arrangement will seek to ensure the long-term viability of our industries, encourage low-carbon intensity steel and aluminium production and trade, and restore market-oriented conditions.”