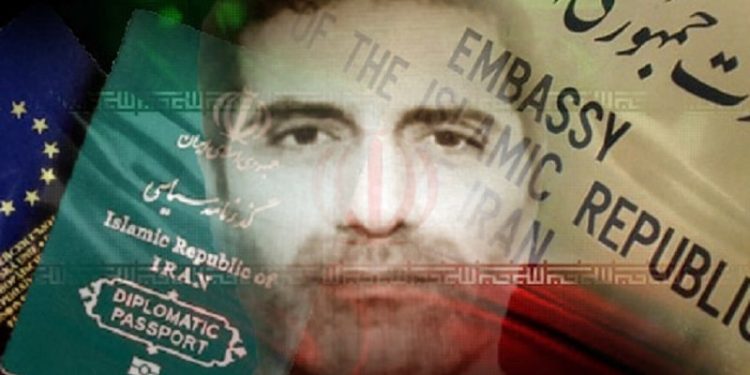 Brussels (Brussels Morning) Tehran has summoned the Belgian Ambassador to Iran after a Belgian court ruling which sentenced an accredited Iranian diplomat to 20 years in prison for his role in an alleged bombing plot, RFI reported.

Third counselor at the Iran’s embassy in Vienna, Assadollah Asadi, was sentenced last week in Antwerp for his part in a plot to bomb the annual gathering of the National Council of Resistance in Iran (NCRI), a Paris-based Iranian opposition group in exile. Tehran insists that Asadi’s arrest and conviction violated his diplomatic immunity, while state media claim the diplomat is a victim of a Mossad operation.

“All the steps regarding Asadi’s detention, the judicial process and the recent sentencing are illegal and a clear violation of international law, especially the 1961 Vienna Convention on Diplomatic Relations, and Iran does not recognize it,” the Iranian Foreign Ministry declared in an official statement after the ruling.

Asadi was charged and found guilty of providing half a kilogramme of powerful TATP explosive and organising the plot, after two of his accomplices were arrested by Belgian police, who were acting on a Mossad tip.

The conviction came at an inopportune moment, as the US seeks to revive the lapsed nuclear deal with Iran — the Joint Comprehensive Plan of Action (JCPOA). The ruling is also likely to worsen Tehran’s relations with the EU and France – two of the JCPOA signatories.

Iran’s Mehr News Agency reported that Tehran took a swipe at France’s President Macron this week, after he had offered to act as an “honest broker” in helping the US and Iran return to the terms of the treaty. “Macron must get rid of the pressure of the Hebrew-Arabicl lobby,” Iranian lawmaker Abbas Golroo, chair of the Parliament’s Foreign Affairs Committee, declared.