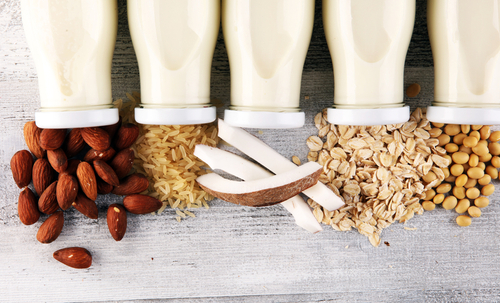 With increasing consumption of plant-based alternatives, the meat and dairy industries are running scared, leading to more lobbying on restricting the marketing of these products, writes Francisco Guerreiro.

Brussels (Brussels Morning) Meat and dairy agribusinesses involve many stakeholders and the movement of big money. This manifests in the form of sales but also through the lobbying efforts of policymakers.

In the context of the Common Agricultural Policy (CAP), the EU-wide system of agricultural subsidies, the meat and dairy industries lobbied the European Parliament to propose modifications seeking to limit the way plant-based alternatives to meat and dairy can be presented to consumers.

One of these modification proposals was amendment 145, better known as the ‘veggie burger ban’, seeking to ban names such as ‘vegan burger’ or ‘vegetarian sausage’. The idea was heavily mocked and criticised by the public and voted down in Parliament during the CAP reform vote in October 2020.

Another reform, amendment 171, refers to dairy alternatives and is even worse than the aforementioned. The amendment passed and is now being discussed between the three main EU institutions.

Naming a product ‘plant-based milk’ or ‘plant-based yogurt’ already contravenes the law. However, amendment 171 seeks to dramatically extend restrictions to any purely informative “direct or indirect use” or “evocation” of these terms or concepts. Why? Well, the industry says that consumers are misled by the way plant-based products are marketed, i.e., consumers buy oat milk purely by accident. In practice, amendment 171 could prohibit:

There is also amendment 72, which introduces significant legal uncertainty that could jeopardise the labelling of plant-based foods.

Working in the meat and dairy sectors used to be easier because science did not link climate change to animal production in the way it does today. Consumers are now more aware of the food carbon footprint and associated animal welfare concerns, and of the benefits a plant-based diet has on human health. The demand for plant-based products is growing every day and a report by ING bank finds that the plant-based alternatives’ market in the EU and UK will be worth 7.5 billion euros by 2025, in comparison to 4.4 billion euros in 2019 – an increase of over 70% in just six years.

So, the meat and dairy industries can continue to lobby policy makers as much as they want, but the final word will always be from consumers because they make the purchase. Plant-based diets are not a temporary trend and many multinationals traditionally known for meat and dairy products or sub-products have already understood this, as they have started to produce plant-based alternatives to their products.

During the upcoming trilogue negotiations, I call on the European Commission to oppose amendments 171 and 72 and to stand by its original stated position of achieving a “fair, healthy and environmentally-friendly food system”.
I also appeal for governments, in lieu of the power of CAP, to start providing incentives for farmers to transition from animal production to plant-based protein crops, so that they can continue to have a high demand for their products in the future. The pioneer project Refarm’d, created by ex-farmers, provides an extremely good example of a win-win model to support such a transition.