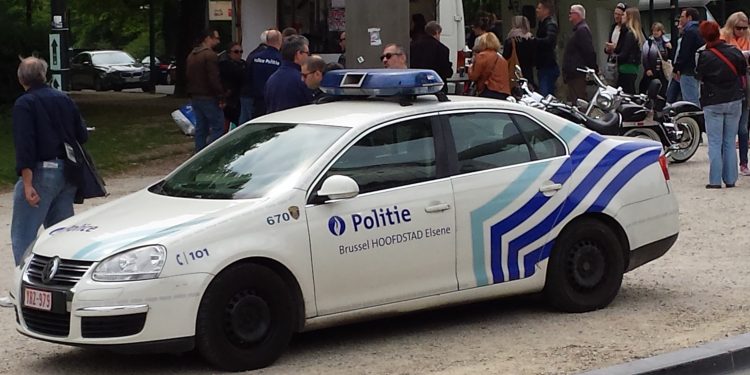 BRUSSELS (Brussels Morning) – Ten suspects have now been arrested by the Brussels investigating judge in the investigation in which the police arrested thirty suspects in the country yesterday during a large-scale international police operation. This was learned from the federal prosecutor’s office.

About a hundred house searches were carried out in an international police operation on Tuesday morning, mainly in Brussels and Antwerp. Thirty people were arrested. According to the federal prosecutor’s office, it is an Albanian crime gang with links to organised crime in Latin America and Southern Europe. Most gang members live in Brussels.

Of the thirty people arrested, ten suspects were arrested by the Brussels investigating judge. Not all suspects have been arraigned yet. The number of arrest warrants could therefore increase.

The investigation started in September 2020 when a large amount of acetone was found during a search of a garage in Brussels, along with several counterfeit clothing from the integrated police. The federal prosecutor’s office then opened a file, which was led by a Brussels investigating judge.

According to the federal prosecutor, that investigation revealed a criminal organisation whose members mostly came from Eastern Europe and lived in Brussels, but also had bases in the Antwerp region, mainly near the port. Public Prosecutor’s Office, Eurojust and Europol, both European agencies talk about one of the most active cocaine trafficking networks in Europe. There were also ties with Southern European citizens from the Limburg mafia environment.

It soon became clear that the organisation is transporting cocaine that arrived in containers in the ports of Antwerp and Rotterdam to other European countries. Various means were used for this, both vehicles with hidden spaces and transport companies, freight or private planes, along with container transport via the ports of Le Havre and Hamburg.

An investigation into the same organisation was already underway in Spain, so a Joint Investigation Team was set up, which was expanded to several other European countries under the wings of Eurojust and Europol.

After the encrypted communication via the SKY ECC network could be cracked in March 2021 (which was used by criminals because of that encryption.), the investigators stumbled upon another wealth of information in those messages, causing the file to take on much larger proportions, said the federal prosecutor. Contacts were established in several South American countries, in particular Brazil, Ecuador, Colombia, Peru, Bolivia, and Paraguay.

In Belgium, 49 house searches took place: thirty in Brussels, one in Sint-Pieters-Leeuw, one in Sint-Niklaas and seventeen in the Antwerp district. The police arrested thirty suspects, who will be brought before the investigating judge within 48 hours.

In Spain, Italy, Germany, Croatia and the Netherlands, the national police services carried out about 60 house searches, during which they provisionally arrested a dozen people.