Why the EU is betting big on semiconductors

by Julian Gray
in Opinion 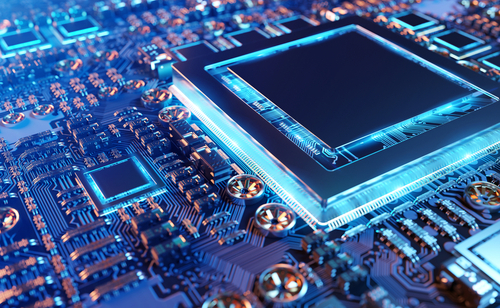 Belgium (Brussels Morning Newspaper) Although the European Union is a world leader in tech regulation, it is home to few global tech giants. Brussels hopes to change that with some bold new measures aimed at boosting home-grown innovation and entrepreneurship in the digital arena, thereby ensuring autonomy for Europe in crucial areas.

The European Commission recently unveiled initiatives to transform the ways tech companies operate across the bloc. These include the Digital Services Act (DSA), the Digital Markets Act (DMA), the Artificial Intelligence Act and the upcoming Data Act. One of the main aims of the EU’s ‘’Digital Decade’’ is to raise tech awareness across business and society.

Right now, the EU is trying to assert itself in a different way, using industrial policy to achieve digital sovereignty. This entails an effort to become more competitive and self-reliant in high-end technologies, including the components that are the very foundation of the digital economy: semiconductors.

EU Internal Market Commissioner Thierry Breton is leading the charge, setting targets to double Europe’s share of global chip production from 10% to 20% by 2030, and to make Europe a serious player in the most cutting-edge of semiconductors – those below 5nm towards 2nm.

The Commission has just released its proposal for a European Chips Act, loosening state aid restrictions and aiming to unlock public and private investment in semiconductors through a 43 billion euro plan for European research, design and production. This includes development of ‘’mega fabs’’ for the high-volume production of the most advanced semiconductors.

Proposals also include a common ‘’toolbox’’ for EU member states to ensure security of supply in times of crisis, while floating the possibility of export controls akin to those used for vaccines during the pandemic. This reflects the Commission’s deep concern about semiconductors being a supply chain vulnerability after the global shortage that disrupted Europe’s industries.

The EU is not alone in betting big on microchips. In the US, the Biden administration is making semiconductors a key part of its plans to ‘’build back better’’ and out-compete China, including using a ‘’CHIPS for America Act’’ to mobilise 50 billion dollars in government funding. In China, the combined impact of the global chip shortage and US export restrictions has determined Beijing to close the gap with the US and build up domestic capacities across the semiconductor supply chain from equipment to design and manufacturing, making self-sufficiency a key goal under the 14th Five-Year Plan.

But these various efforts also face criticism. Some argue that the CHIPS for America Act misreads the nature of the semiconductor supply chain and overstates the challenge from China, having placed the latter as much as 12 years behind the market leaders (most notably South Korea’s Samsung and TSMC in Taiwan) in cutting-edge chip fabrication. This is despite the years of government initiatives and subsidies promoted by Beijing. Others have questioned China’s self-sufficiency goal, arguing it should focus instead on comparative advantages in mature nodes and packaging tech.

There are some parallels in the dilemmas Europe faces. Will the Commission’s investment programmes be enough to catch up on years of accumulated know-how and shift the structure of highly integrated global supply chains?

Officials insist they are not looking to onshore entire supply chains, but they do seem to be taking specific steps in that direction. Researchers from the Bruegel economic policy think tank argue that the EU would do better to defend its leadership in semiconductor equipment and invest more in design, rather than its pursuit of high-end mega-fabs.

Commission President Ursula Von der Leyen responded to these doubts in her State of the Union address in September. “I know that some claim it cannot be done. But they said the same thing about Galileo 20 years ago”, she declared, referring to the success of Europe’s satellite navigation system. “So let’s be bold again.”

The EU’s bid for digital sovereignty is likely to gain new momentum in the first half of 2022, with France currently holding the Council presidency. Paris says it is determined to cultivate “European champions” in key digital sectors as part of a “new model of European growth”. Germany’s new government has also emphasised “strategic sovereignty”. Supporting European industrial projects may be one way for Berlin to demonstrate its geopolitical acuity while avoiding the most controversial diplomatic questions that could stretch consensus in the coalition.

For semiconductors, this will take place in the context of heightened global competition and increased political pressure in major capitals that have been pulling supply chains in different directions.

Semiconductors therefore will continue to embody the Commission’s dual concern when it comes to digital policy. The EC wants to make the most of the economic, social, and environmental benefits of advanced technologies. But it is also keeping a close eye on supply chain vulnerabilities and geopolitical risks. Tech companies that unlock tangible benefits for European citizens, while aligning with the Commission’s ambitions for sovereignty and security, are likely to find a lot of friends in Brussels.