Parliament voices concerns to EMA, ECDC, WHO about vaccine efficacy 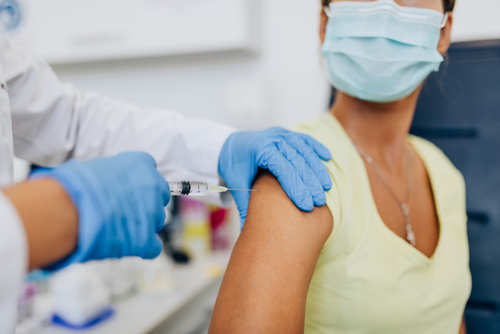 Female doctor or nurse giving shot or vaccine to a patient's shoulder. Vaccination and prevention against flu or virus pandemic.

Brussels (Brussels Morning) The European Parliament expressed its concerns related to the efficacy of COVID-19 vaccines, following a discussion on variants and how effective vaccines are against them, on 15 March.

MEPs addressed representatives from the European Medicine Agency (EMA), the European Centre for Disease Prevention and Control (ECDC) and the World Health Organisation (WHO), in an attempt to ascertain just how effective the authorised vaccines are. They also registered their concerns about the lack of data available as to the efficacy of administered vaccines.

Afterwards, the chair of the Parliament’s Committee on the Environment, Public Health and Food Safety (ENVI), Pascal Canfin (Renew), having previously criticised the sluggish response of the British manufacturer AstraZeneca., declared that authorisation processes for updated vaccines need to be speeded up.

“With all the information available and after the exchanges we had today with the WHO, EMA, and ECDC, it seems that, despite the mutations, the vaccination remains efficient”, Canfin said.

Yet, the ENVI chair conceded that the efficacy of the vaccine may drop with the onset of mutations, but it will still do its job. WHO had previously reinforced that statement saying that the composition of the vaccines can be adapted to further protect against new variants.

“The variants of the COVID-19 cause concern for many people. The vaccines approved in the EU work very well against the UK variant, but we must plan for adaptation of the vaccines in case additional variants emerge or take over in the EU”, MEP Peter Liese (EPP) said.

“In the EU, we are strengthening our ability to identify and monitor new variants, but we are not yet there”, the ECDC’s surveillance section chief, Bruno Ciancio, observed.

“There are two things about the vaccination certificates. The first one is harmonisation of the process and procedures, meaning that we adopt the same document everywhere in Europe that will allow verification as to whether a person was vaccinated or not”, Canfin noted.

He also referred to the delicate issue of the rights of those who will have received the jabs, compared to those who haven’t, indicating that the proposed vaccine certificate could become a matter of controversy, such is the discrepancy of opinion among member states. The European Commission is scheduled to announce further details about the certificates tomorrow.

During the discussion, MEPs pointed out how a number of member states lack the capacity to analyse virus samples — i.e. to conduct “genomic sequencing”. This meant that the spread of variants and their impact cannot be adequately monitored, they cautioned.

“It’s concerning that not enough countries are doing genomic sequencing of COVID-19. The strategy against the variants has to be global”, MEP Silvia Modig (GUE/NGL) declared.