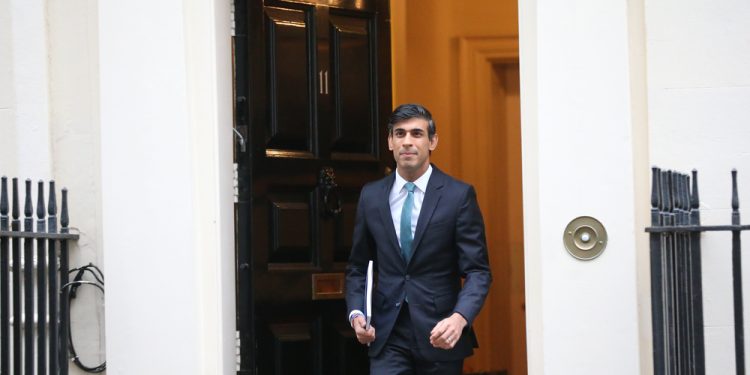 Belgium (Brussels Morning Newspaper) Former Finance Minister Rishi Sunak will become the next Prime Minister of the United Kingdom without the Conservative party having to poll its membership on the matter, after all other potential candidates have dropped out of the race by Monday.

Sunak will succeed Liz Truss, who resigned last Friday after record 45 days in office, following a string of controversial policy decisions and their walkbacks which have eroded the investors’ trust in the British markets, brought the British pound on near-parity with the US dollar and hiked the interest rates on UK bonds.

After the Tory 1922 Committee set the rules for the new party leader race on Friday, aiming to return a quick result and avoid months of uncertainty, each potential candidate was expected to prove he or she had the backing of at least 100 conservative MPs, which Sunak was the first (and possibly the only one) to succeed.

Despite former Prime Minister Boris Johnson claiming on Saturday to have gathered enough backers for a fresh leadership run, public declarations of support added up to far less than 100. Johnson bowed out of the race on Sunday evening, claiming he had the backing of 102 MPs, but that the “time wasn’t right” for his repeat run.

Third potential candidate, Leader of the House of Commons Penny Mordaunt, pulled out of the contest on Monday afternoon, two minutes before the 2 p.m. deadline to gather 100 supporters, most likely having stalled at around 90 or so.

As the sole remaining candidate, Sunak will thus become new Conservative party leader and the new Prime Minister without either the conservative MPs or the party membership having a vote on the matter.

Sunak originally resigned as Finance Minister in June, following the last in a long string of Boris Johnson’s scandals, when it became apparent that the then-PM Johnson was aware of sexual assault allegations against party whip Chris Pincher, but failed to do anything about them.

Sunak’s resignation triggered a wave of government resignations which went faster than Johnson was able to replace the leaving government members with new MPs. As he faced a likely prospect of running out of loyal MPs to fill all the seats in his government, Johnson was forced to admit defeat and resign two days later.

In the following leadership race, Sunak emerged as a favourite of Tory lawmakers, but the ultimate vote between him and Truss went to the regular party members, who voted for Truss as the next PM.

As Truss was, in turn, forced to resign six weeks later, Sunak was in a prime position for a new leadership contest, especially in view of the fact that his predictions of what will happen with the economy should Truss implement her policies proved correct.

Sunak will go down in history as the first British PM of Indian descent, as well as the first Hindu Prime Minister – he took his oath in the Parliament on a copy of Bhagavad Githa. Another notable fact is that he will also be the richest PM in British history – his family’s net worth is estimated at some 730 million pounds, which puts them at 222th place of richest families in Britain, right next to Slavica Ecclestone.

Sunak will be facing numerous calls from the opposition to call early elections, but also from Johnson loyalists within his own party, who argue that the new Prime Minister does not have a democratic mandate to rule and should seek one in parliamentary elections.