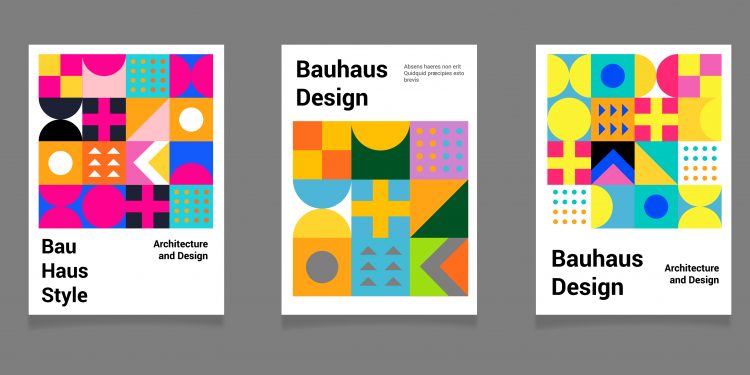 Brussels (Brussels Morning) Last September, in the midst of the COVID-19 pandemic, the European Commission’s president launched an ambitious and historic initiative to fund innovative scientific and artistic endeavours to abate climate change and allow Europe to meet its goal of zero net carbon emissions by 2050. In her State of the Union address, Ursula Von der Leyen, called on citizens of Europe bound by a shared belief in the promises of the Green Deal to imagine how we should build together a sustainable and inclusive future that is ‘’beautiful for our eyes, minds, and souls”.

The intention of the Commission is to bring the European Green Deal to life by creating a collaborative design and creative space, where architects, artists, students, scientists, engineers and designers work together in order to combine sustainability with good design and planning. Drawing on the language of modernism, this initiative has been named the New European Bauhaus (NEB), taking its name from the original Bauhaus School, a radical German art school that was founded in 1919 and became famous for an approach that unified artistic vision with function. Catering to a European green transition, the NEB is at the same time an environmental, economic and cultural project.

The initiative was announced as an innovative, participatory dimension to implementing the European Green Deal. The goal is therefore to develop a style that integrates sustainability with art in order to reach energy efficiency in buildings. Reflecting on the places we inhabit and our relationship with the environment beyond the built space, we know that the climate crisis requires deep and systemic changes to how we live. Either mitigating or adapting to climate change will touch upon everyone and everything; from how we work and power our homes, to how we move around and interact within our communities.

Deepening the New Bauhaus within Europe is an encouraging move supplementing EU climate diplomacy, moving towards a European global culture and climate change initiative. For the NEB to effectively develop and be welcomed on the global stage, the significance of its international and intercultural dimensions, through cultural relations, will have to be thoroughly stated from the outset as one of its essential components. In other words, for the NEB to complement EU green diplomacy globally, its intercultural dimension needs to be more strongly emphasised.

The NEB was announced as a ’’human-centered, positive, and tangible’’ cultural project for Europe. It strives to create new spaces of dialogue spanning disciplines, culture, and generations to create and innovate solutions to complex societal problems. Bridging the world of science and technology and the world of art and culture, the NEB ultimately correlates the EU’s willingness to deliver the Green New Deal’s targets, which now stand at the core of EU policies until at least 2050. Likewise, it is important to emphasise that the NEB also aims to preserve the cultural and historical heritage of the EU Member States. Moreover, the initiative also aims to emulate its cultural significance and widespread influence, as it strives to “facilitate a profound, collaborative, and multidisciplinary societal transformation”. The project is also part of the EU’s coronavirus recovery plan and a step towards making the Union a circular economy leader. Hence, I support the EU Commission’s bold undertaking, which invites cultural actors to forge change through an interdisciplinary approach to art, design, technology, and science.

The New European Bauhaus aims to ensure inclusiveness, design and accessibility of investments to the benefit of the larger community. Furthermore, the new initiative is investing in its democratic roots, offering citizens the possibility to co-design by means of bottom-up debates and through an open and public platform, so that everyone can input their own ideas for future ways of living. European citizens can contribute to the project by suggesting a concrete path for the project, listing examples, or sharing studies or papers. The purpose of such an empowerment process is to foster the participation of communities and a growing understanding and trust in both the NEB and EU institutions.

NATURAL DISASTERS AND THE SECURITY ASPECT

I’ve been closely following the development of the initiative from its very beginning, as it presents a lot of opportunities which can be used to better our everyday lives and to achieve the goal of a sustainable and climate neutral European Union. I’m well aware of the potential this initiative could have on improving our environment by creating aesthetic, energy efficient, affordable and sustainable living spaces. On the other hand, I couldn’t help but notice that the initiative lacks the security aspect, since climate change is creating destructive and extreme weather conditions. We need to respond to that and take it into consideration as well, for the wellbeing of all our citizens.

Last year, amidst the global pandemic, Croatia was hit by two strong earthquakes; one in the capital of Zagreb, and another in the region of Banovina. These natural disasters left many people homeless as the houses and buildings got damaged or destroyed. Furthermore, the earthquakes also left its mark on much of the cultural heritage, such as historic buildings and landmarks in the cities of Zagreb, Petrinja and Sisak.

In February, I wrote to Commissioner Gabriel regarding this issue, requesting that the new European Bauhaus initiative be extended to construction safety, and calling for the launch of a pilot project in Croatia, primarily in areas affected by the earthquakes. It could offer numerous opportunities for the development of creative and sustainable solutions and such housing construction has the potential to become a model for all Member States. Combining aesthetics, sustainability, energy efficiency, safety and resilience, we can guarantee the protection of citizens in the events of natural disasters. I applaud the objective of creating a collaborative design and creative space where architects, artists, students, scientists, engineers, and designers work together to bring the European Green Deal to life and build a sustainable future.

The debate is continuing to develop on the main features of the NEB; to bring the Green Deal closer to the European citizens. It could pave the way for a long-awaited recognition of the role of culture in the implementation of the UN Sustainable Development Goals. However, it also raises some concerns about the understanding of culture at the service of political and economic projects. Nonetheless, the transparent communication about the complex NEB policy-making architecture will be crucial to its success. Thus, I want to encourage the public to take part in the debates about strategies, policies and other necessary steps in working towards an inclusive and sustainable Europe. It is time we explored a practical approach to discovering beautiful, sustainable, inclusive and affordable ways of living, and use them to inspire our way forward.