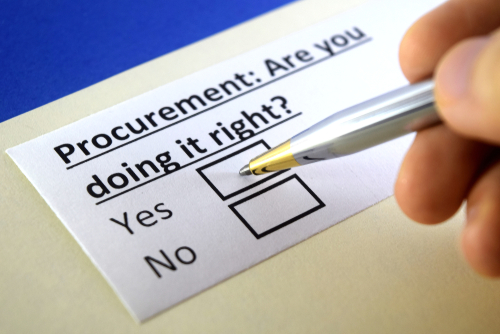 The EC stressed that the move should “give the EU greater leverage to get access to public procurement markets outside the EU, boosting opportunities for EU companies.”

The EU’s public procurement market is one of the most open in the world, the EC declared, noting that some of the bloc’s trading partners employ “restrictive practices in their markets that discriminate against EU businesses.”

European Commissioner for Trade, Valdis Dombrovskis, stressed the importance of having a level playing field and said that the EC prefers to resolve any issues through dialogue. “But in the final instance, this new instrument will give us extra leverage to remove these barriers and promote fair competition for the benefit of all,” he said.

The EC pointed out that the new rules would grant it the authority to discriminate against bidders from countries that apply restrictions to EU-based companies. Bids from such countries would “be considered to offer a higher price than the actual price put forward”, it said, but only as a “measure of last resort.”

The Commission would first launch an investigation into alleged restrictions and then invite the country in question for consultations before applying the measure. All third countries would need to do is “stop their restrictive practices” if they wish to avoid the application of such measures, the EC said.

Public procurement, according to the Commission, accounts for 10-to-20% of a country’s GDP on average, representing business opportunities worth more than 8 trillion euro worldwide.

The EU Council and EP are to formally adopt the new rules in their coming sessions.