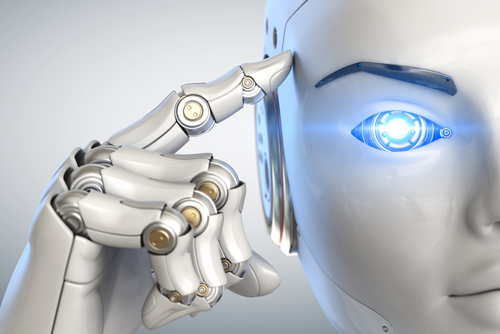 Greece’s border police have been testing a wide range of physical and experimental digital barriers, which, AP reports, were installed and trialed correct to English spelling trialed during the relative lull in migratory movements caused by the COVID-19 pandemic.

Near the river separating the two countries, observation towers are being equipped with long-range cameras, night vision and multiple sensors. Data collected in this way will then be transmitted to control centres for analysis using AI applications.

“We will have a clear “pre-border” picture of what’s happening”, Major Dimonsthenis Kamargios of the Greek Police informed AP.

Key elements of the network are to become operational by the end of the year, he added.

Greece’s mission is to “prevent migrants from entering the country illegally”, Kamargios declared, hence the need for “modern equipment and tools”.

Similar testing has been conducted in Hungary, Latvia and elsewhere along the EU’s eastern perimeters.

Petra Molnar, an Associate Director of the Refugee Law Lab, York University, noted that it is becoming “increasingly clear” that the frontiers of Europe are a “perfect sandbox to test out unpiloted drones, various biometrics, and automated decision-making”.

A European Digital Rights’ (EDR) report on technological testing grounds was critical that Frontex, the EU border control agency, reportedly had been complicit in illegal pushbacks in the Aegean. So far, the European Commission and Frontex have not acknowledged that such has been the case, despite having been interrogated by MEPs.

The international advocacy group maintains that increasing reliance on surveillance technologies in these spaces “exacerbates these extreme measures”.

Human rights groups have protested against these new uses of emerging technologies, claiming they will cause more widespread death and despair by preventing refugees from fleeing wars and extreme hardship in their desperate search for safety.

Despite the potential AI technologies can offer society in general, MEPs remain concerned about the need to respect ethical standards and to avoid human rights’ breaches.

For example, MEP Kostas Arvanitis (GUE/NGL) challenges why AI applications for advanced lie detectors are to be used as part of the migration screening process when scientific testing has rated them “highly unreliable”. He also condemned what he termed the “unsanctioned experiment” happening along Greece’s shores.

According to the EDR report, it is unclear if these systems can handle cultural differences in communication or take due account of trauma and its effects on memory when dealing with, for instance,  would-be refugees, traumatised to the point of being unable to answer questions clearly.

“To admit that this form of tech may be manipulated to produce unreliable and prejudiced results that will ultimately affect the fate of real people in their darkest hour, that’s just unconceivable even to those exposed to the most sinister planning of some government officials and their advisers”, Arvanitis told Brussels Morning.

MEP Assita Kanko (ECR) conceded that looking at ways to exploit AI in border controls is “not new”, but she stressed that AI applications “will need to work within the framework of all applicable law”.

“AI has huge potential for good, but left unchecked, also for malign purposes. Any new technology used by law enforcement and governments, should be proportionate, necessary, and have the appropriate safeguards in place”, Kanko told Brussels Morning.

From migrants’ screening to EU soil

The European Parliament recently stipulated strict recommendations about how the legislative framework should protect against any potential malicious use of AI.

MEP Arvanitis likened the spread of new tech surveillance onto EU soil as akin to the sword of Damocles, asserting it is “already hanging over our heads”.

“Nobody needs to be technophobic, here. Everybody needs to be cautious and sceptical”, he cautioned.  AI needs to be “seriously regulated”, he argued, since otherwise, once the Pandora’s box is open, there’s no way back.

The European Commission wants to change the rules on migration so that all EU member states share the burden and responsibility of taking in migrants. However, Hungary and Poland refuse to comply.

According to the proposed rule changes, EU countries not wishing to take in migrants would have to pay those that do take them in.

Pressure is growing within the bloc since the five member states that receive the vast majority of migrants — Cyprus, Greece, Italy, Malta and Spain — are calling for changes to make for a more equitable migration pact.

Currently, the EU is seeking to seal a deal with Tunisia to prevent the influx of migrants from leaving its North Africa coastline on the perilous voyage to European shores.