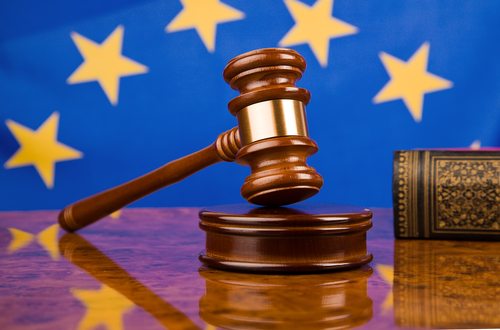 Brussels (Brussels Morning) For more than three years, the Pirate Party has been asking the European Commission to audit the business activities of the current Czech Prime Minister, Andrej Babiš. The audit has been conducted and we finally have its conclusions.

The publicly available audit report confirms that, while being in government, Babiš has kept direct influence over the management of the Agrofert Group and remained its final beneficiary. His large conglomerate, consisting of over 230 companies around Europe, continues to receive hundreds of millions of euros in unlawful public subsidies, every year.

As a Finance Minister, Deputy Prime Minister for Economy and then Prime Minister he has been in a position to directly influence decisions on planning and allocation of the national budget, as well as co-decide on several major EU budgetary plans, such as the current and future Multiannual Financial Framework (MFF) and the allocation of the Recovery and Resilience Facility (RFF) funds. This is a violation of the EU Financial Regulation and Czech law on Conflict of Interests. It might also constitute illegal state aid and compromise fair competition on the EU Single Market.

Because of the large scale of the fraud, the Czech police have been investigating the case for years and are now indicating that they will be submitting evidence from over 60 active criminal investigations related to the Prime Minister’s activities, with the newly-established European Public Prosecutor dealing with serious economic crime involving the allocation of European funds to the tune of €10 million.

This significant development will hopefully deliver an impartial and fair judicial process that will focus on high-ranking members of the government without fear or prejudice. I fully trust Mrs Laura Kövesi to be an impartial and competent European Chief Prosecutor.

It is very concerning that Babiš’ influence is so far-reaching that the previous Czech prosecutor has previously closed the investigation, then reopened the case, before finally resigning citing pressure from the Justice Minister. The whole affair shows how significant the office of the European Public Prosecutor Office is for countries where the judicial system is subject to political pressure from the ruling party.

While the EU already stopped some of the payments to Babiš’ companies, the Czech government nevertheless decided to continue paying the conglomerate from the national budget. That is absolutely unacceptable. Through a new draft resolution that that will be adopted next week, the European Parliament is asking for the Agrofert Group to repay all subsidies unlawfully received by either the EU or Czech national budget. It is crucial that Czech citizens don’t pay for or suffer the consequences deriving from the Prime Minister’s conflict of interest.

The draft resolution also addresses parliament´s concerns over Babiš’ participation in decision making on the Common Agricultural Policy (CAP) and its alignment with the overall climate policy goals. The conflict of interest is clear as the Agrofert Group interests appear to override the public interest, failing to support more sustainable agriculture that limits the adverse impact of climate change. We saw this clearly when the Environment Minister appeared to be covering up the contamination of the Bečva river by chemical companies linked to the Prime Minister’s business conglomerate.

The Commission has also been asked to look into Babiš’ influence on Czech media. Prosecutors need to assess the judicial systems’ in the Czech Republic to uphold the Rule of Law and, if necessary, to trigger the conditionality mechanism for the protection of the Union’s budget.

Unfortunately, this would result in the blocking of all EU funds to the Czech Republic and would significantly harm the country’s citizens. That can only be avoided if Babiš resigns, ceases his business activities or he ensures that his companies do not receive any public subsidies.

As we could observe during the last plenary debate a couple of weeks ago, the Prime Minister does not enjoy the confidence even of the Renew Europe Group (RE), to which Babiš’ party (ANO) is affiliated with in the European Parliament. While otherwise very vocal on fraud scandals, the liberals stayed silent on this topic.

It is becoming clearer and clearer that Babiš steers Czechia to become the liberal version of Orbán´s Hungary. In the Budgetary Control Committee, the members either voted in favour or abstained on the text criticising the Prime Minsiter’s conflicts of interest. I am really wondering how long the Renew Group will tolerate an alleged fraudster and anti-European demagogue in its ranks. After Orbán left the European Peoples Party, a friendly approach to Babiš can hardly be justified for the liberal group.