by BrusselsMorning
in Opinion 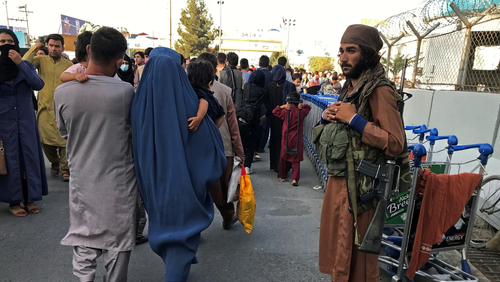 The deteriorating situation in Afghanistan is shocking the whole world. Thousands of civilians

– especially women, children and people who cooperated with the former Afghan institutions and with the “Western” actors on the field – are trying to escape the country. The images of people desperately grabbing on departing planes – and then falling down – or climbing walls with barbed wire are among the cruellest in the whole history, and these are only the most evident signs of the desperation of large shares of the Afghan people.

As a champion of human rights around the globe, the European Union cannot overlook what is happening in Kabul and in the whole of Afghanistan. Our credibility – and, by extension, that of the whole “West” – as a distinctive actor involved in the protection and advancement of human rights is at stake. Therefore, it is essential that we employ all the tools at our disposal to alleviate the suffering of the Afghan people as much as possible. To this extent, a first and

essential step must be represented by protecting those Afghans who cooperated with us to various extents over the last 20 years.

In this regard, it is paramount to activate humanitarian corridors immediately. The urgency of this action is made even stronger by the fact that we already have the legislative and regulatory basis for doing so, but we have never used it. Indeed, the Temporary Protection Directive 2001/55/EC establishes a “group protection status”, which can be applied in situations of crisis deriving from a mass influx of people escaping a situation of great danger such as the one currently ongoing in Afghanistan. The Temporary Protection Directive also establishes an emergency mechanism to provide immediate and temporary protection to displaced persons from third countries in those cases in which it is impossible to return to their Country of origin, and it also applies to mass influx situations. These are all criteria that are perfectly applicable to what is happening in Afghanistan in these days.

Although the Directive entered into force in 2001, its potential has never been exploited despite the several crises and emergencies the world – and the European neighbourhood – has faced in the last two decades. Now, it is time to put an end to this inaction, and Afghanistan would represent the perfect occasion for doing so. Indeed, the responsibility of the West in creating the current situation is not neglectable, and the support we received from the Afghan people in these twenty years has been substantial. We cannot turn our back to the Afghan people in the moment in which they need us more than ever, and this is the reason why we call on you, President of the European Commission, Vice President/High Representative, and European Commissioner for Home Affairs, to promote, in compliance with Directive 2001/55/EC and with the Support of the willing Member States and of the EU relevant Agencies a coordinated EU programme addressing the current Emergency situation. In particular, the European Commission should act as an “humanitarian broker” putting together and encouraging Member States in establishing comprehensive and effective programmes for protecting Afghan refugees.

Furthermore, President of the European Commission, Vice President/High Representative, and European Commissioner for Home Affairs, we believe it is paramount to engage in this effort also our historical partners, most notably the United States and the United Kingdom. Therefore, we call on you to immediately open diplomatic talks with the political and diplomatic leaders of these nations to find a common approach and implement concrete measures to guarantee the protection of those Afghans who supported our work in the country substantially.

We want to thank you in advance for your attention, and we are looking forward to your reply on this extremely alarming issue.