9 endangered animals that are likely doomed to extinction 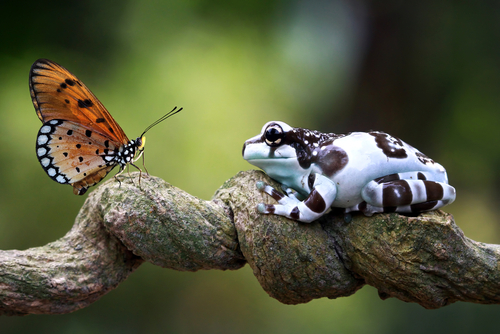 Brussels (Brussels Morning) Whether due to rapid climate change or some other natural/man-made factors, there are thousands of species that are almost on the verge of extinction.

It’s an almost absolute certainty that several animals that are currently categorized in the list of endangered species will likely not make it in the near future. Here is a list of 9 unfortunate animal species that fall into this list.

This medium-sized wandering shark is hunted for its particularly tasty meat and fins. Herring shark ends up on German plates as “sea sturgeon” or “veal fish”, and in some cases, as fertilizers.

Black rhinos were hunted for centuries until the genus only numbered 2,500 animals in 1995. In 1970, there were around 65,000. The International Union for Conservation of Nature and Natural Resources classified black rhinos as “critically endangered”.

Since then, a lot has been done to increase the population. However, judging by the previous attempts to preserve the northern white rhinos, a species that is now completely extinct, things are not looking very promising for black rhinos.

Gorillas are not only endangered by the destruction of their natural habitat but also by their own societal structure. In the African countries, war-like conditions repeatedly prevail among different guerilla tribes, which makes it impossible to monitor protective measures. To make matters worse, they are also still hunted for their meat.

This particular species of kangaroo lives in the trees in Oceania. Apart from giant snakes and ginkgos, they have no natural enemies. However, these animals are particularly threatened by the deforestation of the rainforest.

Only at home in aquariums, the Chinese river dolphin is probably already extinct. Also known as “Bajji”, the animal lived exclusively in the Yangtze.

The pollution of the river by Chinese industrialization robbed the river dolphin of its habitat. The last photo of a wild animal of this species was taken in 2002.

Polar bears are particularly threatened by poaching done for their fur and bacon. In the countries where they live, especially Canada and Greenland, they are still allowed to be hunted, although hunting quotas are intended to ensure that the population is maintained. The animals are also endangered by global warming.

Sea turtles are only threatened by humans. Their meat, leather and shells are very popular in Asian countries. The pollution of the sea and beaches also robs sea ​​turtles of their habitat. Today, all six known species of sea titles in the US waters are categorized in either the endangered or the threatened categories.