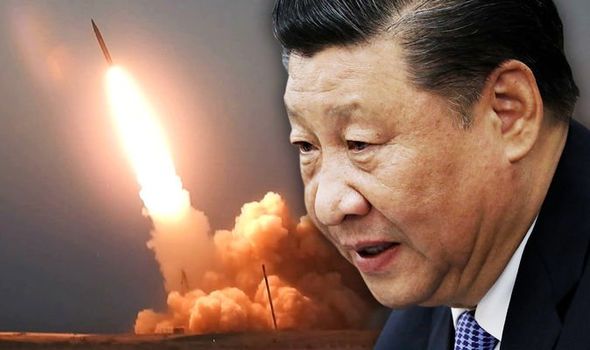 Belgium (Brussels Morning Newspaper) The European Parliament condemned on Thursday China’s aggressive military exercises in the strait of Taiwan and called for stronger ties between the EU and Taipei.

In a non-binding resolution, MEPs denounced Beijing’s recent and unprecedented live-fire military exercises that took place in the Taiwan Strait following a visit to Taiwan by the US Speaker of the House Nancy Pelosi.

The text of the resolution, passed with 424 votes in favour, 14 opposed and 46 abstentions, also demands that the Chinese government refrains from any measures which could destabilise the Taiwan Strait and regional security.

Ahead of the debate on the resolution, held on Tuesday, the EU High Representative Josep Borrell warned MEPs to pay attention to Beijing’s recently released White Paper on Taiwan, which “certainly changes certain parameters for an eventual reunification process.”

China’s new White Paper, published in mid-August, refuses to rule out use of force in its bid for unification, abandoning the earlier principle of peaceful reunification. At the same time, the paper states that China “will not tolerate any foreign interference in Taiwan.”

The EP resolution stresses that the current status quo in the Taiwan Strait must not be unilaterally changed and insiste on opposing the use or threat of force. While reiterating the EU’s commitment to the “One China” policy as the foundation of EU-China relations, the EP nevertheless stressed that people “on the democratic island of Taiwan” have the right to decide for themselves how they want to live.

Addressing the European Commission, the resolution called on the EU executive to “enhance the existing partnership with Taiwan so as to promote common values and principles,” instructing the Commission to pursue a bilateral investment agreement and a resilient supply chain agreement.

China considers Taiwan, a breakaway province, to be a part of its own territory and considers any direct dealings between the island and high-level officials of world powers as a provocation. Beijing responded to Pelosi’s visit by holding a range of live-fire exercises in the Taiwan Strait, and escalating the intrusions of its air force into Taiwan’s air defence identification zone.

Speaking on Tuesday, Borrell reminded MEPs that no one has been putting more eggs in the basket of Taiwan than the EU. “The cumulated stock of our investments reaches 45 billion euro,” said Borrell. “And Taiwan’s semiconductor production is crucial. It is crucial for the global supply chains. It accounts for almost two thirds of the global semiconductor manufacturing revenues in the world. And in the [field] of the most advanced chips – the highly technologically sophisticated chips – it is not two thirds, it is 90%.”

The High Representative also stressed that the tensions in the Taiwan Strait will not go away. “The reunification with Taiwan is now an integral part of President Xi Jinping’s agenda for national rejuvenation. For them, it is a priority,” said Borrell. “We have to be aware of that, but this will not stop us in our efforts in preserving stability and the status quo in Taiwan.”