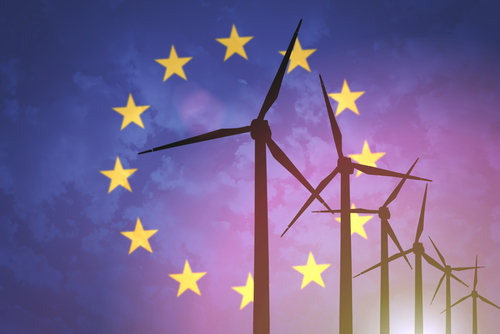 Brussels (Brussels Morning) With gas and electricity prices rising drastically, MEPs are calling for a massive expansion of renewable energies and for energy allowances for vulnerable households and businesses. The European Parliament has insisted on the need for a reinforced strategic energy autonomy and is calling for reform of the EU energy market, in line with the European Green Deal.

“We need to use more renewables, including the greening of the gas industry via hydrogen and biomethane, which should serve also as a backup for more unstable wind and solar plants”, MEP Robert Hajsel (S&D) told Brussels Morning.

The plea was made yesterday, during the Parliament plenary in Strasbourg, at a time when the volatility of the energy market is driving prices up to an historic high on all wholesale markets.

Security of supply remains a major topic for gas markets, just one year after a record drop in demand and markets that were oversupplied.

Energy prices started surging during the summer, mainly the result of supply — largely from Russia and Norway — failing to keep up with demand.

“An unusual cold winter and spring depleted the gas storage in Europe. The continent’s gas production has also decreased”, Energy Commissioner Kadri Simson observed, while making a point of noting that Russia has respected “our long-term contracts”.

“The steep rise in fossil gas prices is the main cause for the increasing electricity prices in Europe. According to experts, this amounts to at least 80% of the price increase”, MEP Ville Niinistö (Greens) said.

The Council’s representative, Anze Logar, said the early days of the COVID-19 confinement led to a jump in electricity demand, which, combined with the low production of renewable energy, has resulted in historic low levels of gas storage.

“It’s more expensive to build up the gas reserve for the winter”, Logar, the Minister of Foreign Affairs, on behalf of the Slovenian Presidency of the Council, remarked.

MEPs have also called for an investigation into market manipulation by state and non-state actors as well as EU carbon market speculation in their efforts to assess the impact these factors are having on prices.

According to the Belgian gas supplier Elindus, increased demand for fossil fuels has led to businesses and countries exceeding EU emissions targets and therefore needing to buy carbon credits to compensate. These costs, Elindus explained, inevitably eventually trickle down to individual consumers.

“The rising energy prices indicate the failure of the EU energy market that was supposed to bring prices down. The European Commission keeps on repeating this fairy tale, but market speculation is pushing prices upwards”, MEP Marc Botenga (GUE/NGL) told Brussels Morning.

“The system is manipulated and the Commission is responsible”, MEP Marisa Matias (GUE/NGL) stated.

MEPs broadly recognise the need to speed-up the transition to renewable energies. However, some, like MEP Assita Kanko (ECR), have insisted on the importance of natural gas and nuclear energy. Meanwhile, MEP Filip de Man (Identity Group) blamed the surge in gas prices on the “rush to the European Green Deal” and the “speed to renewables”.

While Europe contends with an energy crisis and natural gas reserves at a low level, the recently completed Nord Stream 2 pipeline, built to carry gas to Germany under the Baltic Sea, is caught in a regulatory deadlock pending approval by the German authorities to start transporting gas.

The stalled situation did not stop Russia’s Gazprom from initiating a trial pumping of natural gas on October 5, as part of its technical assessments.

“Are we being played by Gazprom/Russia?”, asked MEP Bas Eickhout (Greens), citing how the rise in gas prices is largely caused by shortages. “We need to decrease our gas dependence fast”, he urged.

Some MEPs view Russia as an imminent threat to Europe’s autonomy, while others maintain it should be seen as offering a possible temporary solution to cope with the rising prices and to protect the most affected, rather than “blaming others for our failure”.

“We can blame Russian’s President Vladimir Putin for many things, but it is not Russia´s fault that we face this hike in energy prices”, S&D’s Robert Hajsel observed.

“As is being said by the [Energy] Commissioner, long-term contracts from Russia are respected and after what happened around Nord Stream 2 we can only hope that the Russians, who are defending their own business’ interests and playing their political games, would be willing to increase their supplies now in order to help us and to correct our faults”, Hajsel added.

Demanding immediate action to protect the most vulnerable from rising bills, the Parliament urged the Commission to come up with measures to protect exposed families from a cold winter.

The Parliament also suggested that EU countries should offer reduced prices for vulnerable groups, as is permitted under terms of the EU’s electricity legislation.

“People are struggling. As an urgent measure, reducing taxes, notably the value-added tax, on energy is key to pushing energy bills down. The Commission confirmed this is a real option. The loss in revenue for the state should be paid by taxing the excess profits a number of energy companies are currently making”, GUE/NGL MEP Botenga suggested, pointing to the nuclear energy companies. “They’re selling their electricity at the increased market prices, while, unlike other energy sources, their production costs have not increased.”.

“All member states received massive income from the Emissions Trading System (ETS) to their budgets. So, allow them to send part of these financial resources back to consumers. This could help millions people to pay financial bills, not only for energy but for all other goods”, Hajsel suggested.

On 30 October, the Commission is to present a proposal including targeted measures to help EU countries fight energy poverty.