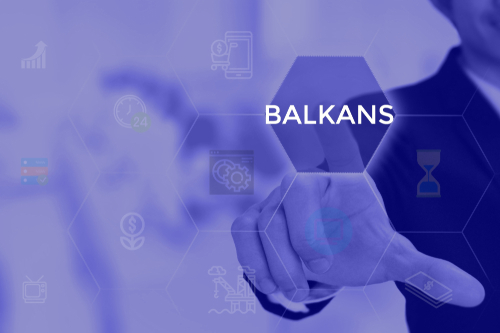 Brussels (Brussels Morning) In the midst of the uncertainty and demands associated with the global pandemic, it is a matter of crucial importance to send a positive message to our partners in the Western Balkans (WB) that they have not been forgotten and that we stand united. Just as we share the same continent, the same history, the same culture, so too do we share the same destiny. In the current circumstances, coping as we are with a worldwide health crisis caused by COVID-19, the WB countries need our help in order to ease the social and economic consequences of the pandemic. The EU’s decision on a specific aid package for the WB nations is therefore all the more welcome.

During its September plenary session, the European Parliament approved the new generation of the pre-accession funding mechanism that was set up to help applicant and potential candidate countries better prepare in order to meet their obligations for future EU membership. As co-rapporteur of this legislative file, I have led the negotiations on behalf of the European Parliament with the Council of the European Union and the Commission.

The new Instrument for Pre-accession Assistance (IPA III) with a budget of around 14 billion euro will support candidate and potential candidate countries on their path to joining the European Union. In short, the IPA III will support the implementation of EU-related reforms in Albania, Serbia, Bosnia and Herzegovina, Montenegro, North Macedonia, Kosovo and Turkey over a seven-year period. This revitalized instrument coupled with its historic budget reaffirms EUs commitment to the enlargement process and the path these countries must follow towards European integration.

Features of the new Instrument

In comparison to the previous IPA I and IPA II, the new and upgraded pre-accession instrument strengthens conditionality related to democracy, human rights and the rule of law, while it also envisages the suspension of assistance should membership-aspiring governments backtrack in any of these areas. With each new generation of the financial instrument, the European legislators assess the best ways to keep the beneficiaries on track to join the European Union based on the progress they have made.

Under the evolving IPA, the rules tighten and the bar is raised since it is assumed that the beneficiary states are working on strengthening their capacities – hence the requirements stipulated in the new financial instrument are much stricter and more serious. IPA III sends a clear message that investing in pre-accession projects in countries that refuse to align with European values and principles is not worthwhile.

IPA III represents a policy-orientated approach, offering a strategic and dynamic deployment of assistance, with the “fundamentals” at the centre. It focuses on the rule of law and respect for fundamental values, including the strengthening of democratic institutions and public administration reform, plus the promotion of economic governance and reforms designed to enhance competitiveness.

The new instrument will strengthen the leading role of the Union, since its programming is based on thematic priorities rather than on allocations for individual countries. This allows for achievements and progress towards key priorities to be rewarded and provides greater flexibility to respond to the changing needs of partners on their path to EU membership. Moreover, it will strengthen strategic communication and the fight against disinformation, while contributing to the cross-cutting goals of climate and environmental protection, human rights and gender equality.

The general goal of IPA III is to support would-be member states in their efforts to adopt and implement the political, institutional, legal, administrative, social and economic reforms required in order that they comply with EU values and to help them gradually align with the acquis communautaire standards, rules and policies of the Union.

The motion to grant aid according to thematic priorities, rather than by country, and to distribute that aid according to the actual performance results of the beneficiaries, subject to annual assessment, has been retained. Furthermore, the principle of equitable sharing will be applied to ensure that the scope and degree of funding takes into account not just the recipient country’s performance, but also its needs and capacities. In this way, the intention is to avoid any one country acquiring a disproportionate level of assistance compared to others, thereby ensuring progress for all. On the other hand, the domain and level of assistance may also be adjusted in cases of significant regression or persistent lack of progress by a recipient in key reform areas. In such instances, funds could be reduced proportionately and redirected without compromising support for the improvement of fundamental rights, democracy and the rule of law, including support to civil society.

The enlargement to the Western Balkans is first and foremost a geostrategic investment for peace, security and economic growth. With this in mind, the accession process has to become more predictable, more credible and more dynamic. Given that the accession partnerships are an important element of the enlargement strategy, the Commission adopted a new revised methodology of accession in February of last year.

The process of applying the revised methodology is merit-based, which means that, on the one hand, successful reforms would be rewarded with more funding and the gradual introduction of individual policies, but also that a lack of progress could be sanctioned or negotiations even suspended. The critical issue lies in finding the right balance between the application of positive and negative incentives, while always seeking to avoid discouragement. The greatest challenge for countries of this region remains the consolidation of rule of law principles, manifested by a general slowness to guarantee the principles of judicial independence, the fight against corruption, freedom of expression and media pluralism. In this regard, investments in key sectors, including connectivity, infrastructure, environment and climate, as well as energy and digital, will boost convergence with the EU and bring tangible benefits for citizens.

The Union will continue to be a magnet for the WB states and not solely because of the prospect of better economic and social living conditions. Membership in the EU also means being part of a wider community that is based on peaceful coexistence and the protection of human rights, values this region — its past filled with conflicts and hatred between neighbours — desperately needs to embrace.

Potential instability of fragile democracies in the region is an additional reason why the European Union should not spare any efforts to reinforce and support the aspirations of the WB countries to become members of the EU family. The effective enlargement and the promotion of EU values in the region will guarantee security and stability, enhance social and economic development and prosperity, while consolidating democracy and the rule of law. In sum, investing in the future of the Western Balkans is also investing in the future of the EU.