Large majority of women feel unsafe when going out in Ixelles 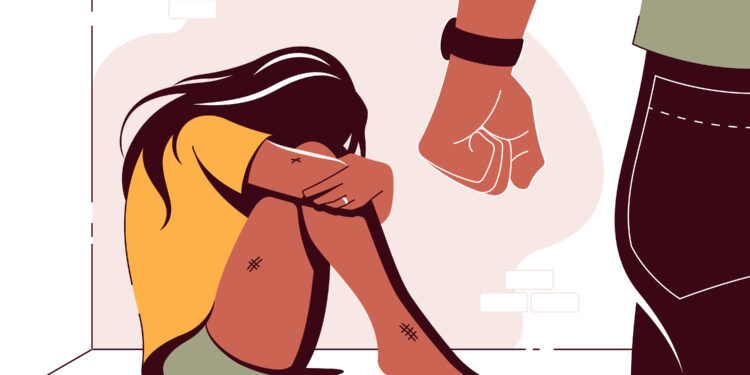 Brussels, (Brussels Morning)-  Only a third of women who go out in Ixelles feel carefree. This is apparent from a study that the municipality of Ixelles had carried out in response to the testimonies about sexual violence at the end of last year. “Insecurity is a structural phenomenon and has a fundamental impact on daily life” says BRUZZ.

In October 2021, the Brussels nightlife was rocked by #BalanceTonBar. The Instagram page of the same name received a lot of testimonials about sexual abuse in the cafes Le Waff and El Café in Ixelles. On October 14, a first demonstration was organised between the cemetery of Ixelles and Place Fernand Cocq to raise the issue. After the demonstration, Mayor Christos Doulkediris (Ecolo) received a delegation, after which he commissioned a study by consultancy and marketing company Égérie Research.

The company held discussions with feminist associations, including Touche pas à ma pote and Balance Ton Bar. Bartenders and owners were also questioned. In addition, a survey was conducted among 826 respondents between the ages of 18 and 30, who regularly visit cafes around the Ixelles cemetery or around Place Flagey.

The survey shows that only 28 percent of those surveyed feel carefree when going out. The rest admit that they are always in a state of alertness, danger or fear in public space. “Our results show that insecurity is a structural phenomenon that has a fundamental impact on the daily lives of the respondents from a very early age,” reports the research agency Égérie Research.

It is striking that cafes are in principle regarded as ‘safe’ compared to the rest of the nightlife. For example, 70 percent of the respondents indicated that they feel safe in a café. In a taxi this is only 42 percent, in discotheques 26 percent, on the street 21 percent and in stations 14 percent. “The violence that takes place in cafes is therefore perceived as a form of betrayal,” the report said.

Just over half of the women indicate that they have already been the victim of sexual intimidation or assault. For a third of them this has already happened several times. Although the actual figure is a lot higher, since not all women call gender-based violence that way. In the survey, women were able to indicate which situations they have already come into contact with, from being whistled after to sexual abuse. Almost all respondents (96 percent) indicated that they had already experienced at least one situation. “This indicates a strong internalisation and trivialization of gender-based violence in these people,” the report said.

It also appears from conversations with the managers of the cafes that the facts are often trivialised and that there is not much that can be done about it. “Insecurity at night is described as an ‘old’, ‘constant’ phenomenon, against which nothing can be done,” the report said.

Due to the banalisation, confidence in the staff is low. About half (48 percent) of women say they would ask the proprietor for help, although only a fifth (19 percent) say they trust them.

We see similar figures among the police, although trust is slightly higher there (36 percent). “There is a big gap between the help we think we can get from professionals in authority and the trust we really have in them today,” the report said.

In addition, transgender or non-binary people use the police even less (27 percent). However, they are more often victims of discrimination, intimidation and violence. In addition to sexism, they have to deal with transphobia. “There is an increased risk of physical assault after sexual assault when the assailant realizes the victim is transgender,” the report said.

One of the most commonly used strategies for dealing with sexual harassment or violence is conflict avoidance. Almost three quarters (72 percent) of the women indicate that they seek an excuse to get out of the situation, for example pretending to be called.

Most women also take precautions when they go out. For example, they make sure their phone is fully charged, find out in advance how and when they will go home and hide their evening clothes under loose clothes or jackets.

To address the issue, a series of recommendations are formulated in the report, including awareness-raising training for bar and disco owners and their staff. Raising awareness in schools, well-lit streets and improved access to public transport are also mentioned.

Bridgemaster of Ixelles Christos Doulkeridis convened the Night Council of the municipality again last Wednesday. That council must put the recommendations into practice, in collaboration with all parties involved. “Our goal is to be able to take measures in consultation with the various sectors that are confronted with this problem and to ensure that these measures meet correctly identified needs,” said the mayor.

Since the results of the survey are not limited to Ixelles, the municipality will also share the results with all federal, regional and local authorities, associations, the catering sector and all police zones in Belgium.