How the Chinese prostitution grows in the Alhambra district 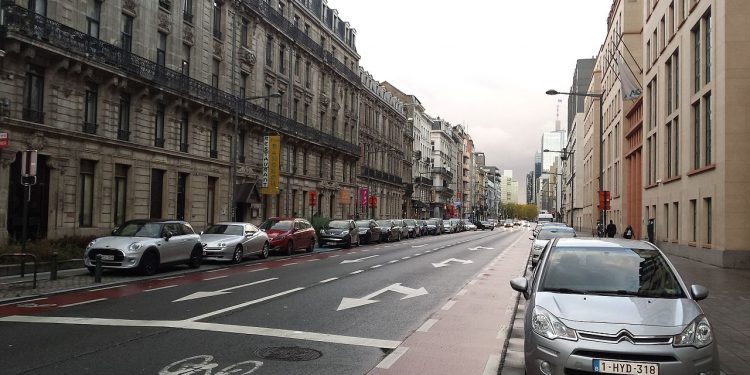 BRUSSELS (Brussels Morning) – More and more Chinese sex workers appear on the sidewalks of the Alhambra district. At the same time, Chinese human trafficking in the prostitution sector in the country is also growing. Report from the sidewalk and from the massage parlour. “Shall I massage you here too, monsieur?”

There are increasing numbers of Chinese sex workers showing up on the streets here. About two years ago, the neighborhood committee saw the first Chinese street daisies appear. In the past year there have been more and more. Espace P, which offers medical and other services to prostitutes, estimates their number at about tens. Several of the women have also appeared in online advertisements before. And the neighborhood committee sees them slowly taking the place of the less numerous Eastern European sex workers.

Meanwhile, the number of places where Chinese women offer sexual services in the neighbourhood is also growing. Since last month, the neighbourhood committee has been aware of another building, in a residential street on the west side of Jacqmainlaan, where sex workers go with their clients.

“A few years ago the house got Asian owners, but we are only now sure that prostitution also takes place,” explains Jan Leerman of the neighbourhood committee. “That is not good news for the neighbourhood. We were always told that the street prostitution here is mainly because of the hotels where the prostitutes can go with their clients. Now that many of those hotels are closing, we have to deal with a Chinese mafia that organises prostitution at private addresses. So it becomes a street without end.”

Are the Chinese sex workers involved in voluntary prostitution or human trafficking?

That question is easier asked rather than answered. Because there are a lot of shades of gray between the two options. And because the environment of Chinese prostitution is so closed that it is difficult for outsiders to penetrate it. “There are elements that point to human trafficking, but we don’t really know it either,” says Fabian Drianne of Espace P. The social worker nevertheless regularly visits the street prostitutes to point them to the medical and social services of his organisation, or simply to hand out condoms. “But their precise statute is not a subject we can broach.”

“Chinese and Vietnamese victims of human trafficking are not likely to denounce their own situation,” Sarah De Hovre also noted. The director of Pag-Asa, which assists victims of human trafficking in Brussels, sees several reasons for this. “For example, they often feel very dependent on the network that controls them and to which they usually have to repay debts. In addition, there is also a large cultural gap and a language gap. Many of those victims are not literally tied up, but they do live with a strong social control, with their only point of reference being the people in the network.”