Senator Airola to the EU: “In Afghanistan, let’s use the directive on temporary protection”

by Alberto Airola
in Opinion 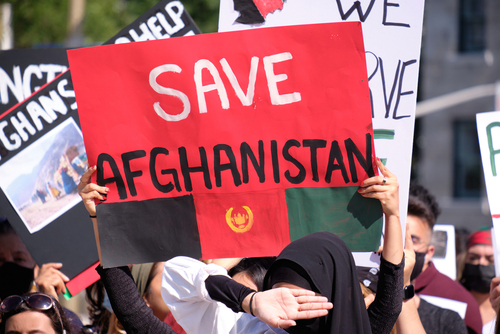 Brussels (Brussels Morning) I say thanks to doctors, soldiers, officials, women and men who in these dark days have saved thousands of Afghans, friends and collaborators of European nations and of those nations who were in Afghanistan. I thank the governments involved for the efforts made.

I’m doing this with few, deep, moderate words, in order that these words have not to be an instrument of political propaganda but sincere grief for those who have lost their lives trying to escape, in the exercise of their work or simply because they were bound by effective ties: children, wives, husbands and relatives.

I do it in a composed way because, after the commendation to those who have saved so many human lives, we must be fully aware that the work is not finished, that in Afghanistan we have left far too many human beings whose life is in danger.

And it’s for this urgency that I appeal to you European Foreign Ministers and, above all, to you European peoples in order that a further evacuation plan is immediately implemented. The clock hands run and mark seconds, eternal seconds for those who are afraid of dying from one moment to the next.

Europe cried for these families and their collaborators and carried out an uncoordinated evacuation. We can act together with France, Germany and all other EU countries.

The Italian President Mattarella called for a united European intervention, searching for the best tools available.

Sergio Mattarella has been clear. He has said that what is happening in Kabul, like what happened with the war in Syria, “has made clear the EU’s low incidence capacity… it is instead essential to immediately ensure the real, effective, concrete instruments of foreign policy and common defence…”

The tools are there, also useful for overcoming the hypocritical position of those who despair but do not want Afghan refugees. Indeed, an appropriate instrument, the Temporary Protection Directive 2001/55/CE, exists: it establishes a “group protection status”, available in situations of crisis generated by a massive flow of people fleeing a situation of great danger such as that currently underway in Afghanistan.

The Temporary Protection Directive also establishes an emergency mechanism to provide immediate and temporary protection to displaced persons from third countries in cases where it is impossible for them to return to their country of origin and also applies to situations of mass influx. All of these criteria are perfectly applicable to what is happening in Afghanistan these days.

The Directive does not require a unanimous vote of the Ministers of European countries.

The proposal regarding this comes from a letter sent to President Ursula von ver Leyen, to Vice President Josep Borrell and to Yiva Johansson, EU Commissioner for Internal Affairs, first signed by the Vice President of the European Parliament Fabio Massimo Castaldo, shared by more than 70 diverse parliamentarians to the political forces and the national components to which they belong.

The legislative instrument is here and I am sure also that there’s the will to not leave women, men, young people, children and families of Afghan collaborators to an unambiguously unfortunate fate.

The involvement and dialogue with our historical US and UK partners, is a must.

Europe could finally prove that it’s united, that it’s what we all dream of: a strong political Union determined to drive a mission of immense humanitarian value, also caused by our withdrawal.

I am aware that there has been work in a multilateral way and this is equally effective, but what I most personally hope for (and I think I speak for many), is the strengthening of a real European action capable, in the face of inhuman pain, of firmly uniting the peoples of Europe.

It would be a unique opportunity for Europe: to become a united and strong entity, capable of imposing itself on a geopolitical level. Our nemesis and catharsis in the name of a common, profound sense of humanity, respect for civil rights, our history and our founding values.