That’s why we do love Shtisel 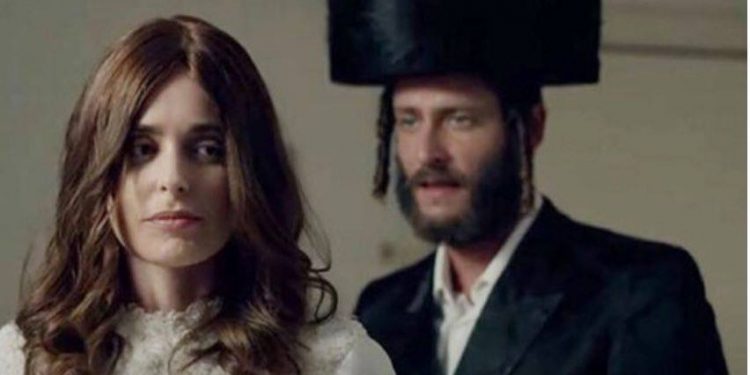 Rome (Brussels Morning) The Israeli series Shtisel, a family saga that since 2013 has been retracing the everyday and extraordinary events of the ultra-Orthodox family of the  same-name, is now on Netflix with its third, poetic season.

Because, after all, everyone loves Beautiful

This seems to be affirmed by the female founder of the Shtisel family, grandmother Malka, who, from her bed in her retirement house, prays for the lives of Ridge and Brooke, in front of the astonished and sabotaging gaze of her children and grandchildren. In essence, Shtisel is an elegant, ironic, poetic, sophisticated and exotic version of the most secularised and westernised series the history of world television has ever known.

The Israeli series, which came out in 2013 and was soon acquired by the Netflix platform for the international market, quickly built up a loyal base of viewers. It has created, around the apparently inaccessible micro-community of the Shtisel family, a macro-community of followers who are not really accustomed to, or deeply familiar with, the complex religious and ritual dynamics of Jerusalem’s Geola quarter, where the orthodox haredim (the “God-fearing”) community gathers and where the family’s story unfolds.

The success of Shtisel, now in its third season, seems to confirm a trend that is not only dictated by the ever-increasing demand for novelty in audiences, but above all by the particular narrative attention that only Middle Eastern series seem to offer; just think of the Israeli BeTipul, progenitor of the more famous series In Treatment, or the Turkish and more recent Ethos, a honed product of fine writing.

Shtisel has an excellent dramaturgical quality too, made up of constant and coherent multi-focal stories, with an open eye to the contemporary situation of the Orthodox and Ultra-Orthodox Jewish community, to which the authors of the episodes, Ori Elon and Yehonatan Indursky, also belong or have belonged. Indursky, in fact, with the help of the Hillel association, implemented a definitive process of “re-socialisation” after leaving the Orthodox community; a theme, mutatis mutandis, addressed in the less convincing, but still valid, Unorthodox (dramatic mini-series, Netflix, 2012).

The plot of Shtisel is pleasant, patient but not exhausting, and revolves around the daily life of a father, Shulem, and a son, Akiva, and the latter’s attempts at emancipation, in the constant struggle between the aspiration towards a “modernity” as dreamed of as utopian and the maintenance of the integrity, customs and rituals of the Orthodox community. The story of the two is inextricably intertwined with the story of the other members of the family, forming a close-knit and compact nucleus, a universe in which the roles are truthful, but at the same time not immutable and with blurred contours. Apparently more devout and submissive, on the contrary female figures reflect a progressive position of enfranchisement; mirroring the contemporary changes in society and religious directives, unexpected and non-stereotypical passions colour the lives of the sisters and the women loved by Akiva, and also by his father, a widower in search of a new life partner.

Religious experience, the exoticism of the gaze

Although religious experience is central, Shtisel does not focus on pre-established rituals or the societal and political implications of the complex positions and nuances of the Ultra-Orthodox world; but it lingers on the most significant anthropological elements within a well-established, almost asphyxiated topographical perimeter, sweetened by a sublime narrative construction and a captivating linguistic mix (between Yiddish and Hebrew). In reality, the visual experience for the Western spectator seems to reflect the lacerating dualism that also invades our community, only apparently free and fluid; entering Shtisel’s family is like searching for and finding a distant relative, who has always seemed familiar and similar. It is like finding oneself, one’s own millenary roots and one’s own historical security and foundations, without moving a step from one’s own flat.