How Big Energy is threatening the ecological transition 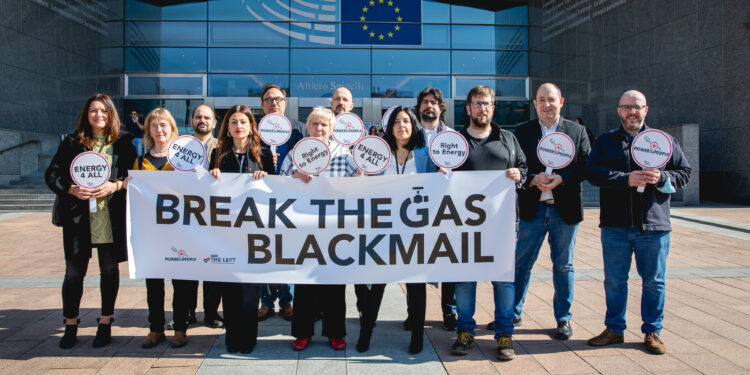 Belgium (Brussels Morning Newspaper) Recent attempts to tackle the energy crisis with European Commission and Council proposals geared towards lowering prices have exposed some stark contradictions at the heart of prevailing policy dogma in Brussels. Blind market faith, upheld by the EU so far, is finally cracking under the weight of rising energy prices. The Commission put it black on white in its proposals last week: “While many options put forward in the public debate address the symptoms, the root cause of the current high electricity prices is the gas market”. This was further reinforced by the Iberian exception, granting Spain and Portugal the freedom to devise their own measures beyond the restrictions of the single market.

Defying its own logic , the Commission recognises that the market is the problem but says the solution is not to jeopardise it The measures – endorsed by the Council – are supposed to tackle rising prices either directly, on the retail side, or indirectly, on the wholesale market. In spite of all hopes and slogans, the core way forward is buying more gas and, in the few cases of market interventions such as price-setting, these include compensation to fossil fuel producers. To cut a long story short, Europe will continue handing over fat cheques to Big Energy.

This doesn’t come as a surprise. It’s safe to assume that this plan was concocted in close collaboration with multinational energy corporations as Ursula von Der Leyen’s calendar seems to suggest. The Commission President hasn’t opened her doors to associations, trade unions or experts working for the right to energy, but has found plenty of time to meet with BigEnergy. Why should those benefiting from this crisis, filling their coffers at the expense of regular people, be your first port of call as a public representative? What possible interest could the CEOs of Big Energy companies have in reducing the dividends of their shareholders? Their mandate, by statute, is to generate profit. The mission of public officials, and of the Commission, is to respond to the needs of the people.

While this distinction may seem pretty straightforward to many readers, this is clearly not the case at the top of the European institutions. For example, the Commission argues in their proposals that some of the options presented “may remove incentives for private investments in renewables”. Indeed, it may no longer be attractive for companies to invest in renewables if their profits are not guaranteed. But, then again, why should the objective of the Commission and Council be to ensure astronomical profits for these multinationals? Recent research from The Transnational Institute, for example, reveals that Vattenfall Netherlands, a subsidiary of the Swedish energy multinational, received over half a billion euros in subsidies from the Dutch government between 2015 and 2020. While this has helped the company generate hundreds of millions in profit, its production of renewable energy in the Netherlands almost halved over the same period. In Europe, we have been pumping a rotten sector full of public funding that enables excess profiteering while undermining our chances for climate and social justice. This makes zero sense.

This banjaxed neoliberal logic is all too prevalent in the corridors of the Berlaymont: attract private investment to subsidise a public service in the hope of triggering a multiplier effect. Clearly this didn’t happen, surely now it’s obvious big energy corporations are jeopardising the energy transition. Time to jettison bankrupt, broken doctrines and give power back to people.