Germany to keep its border with Poland open 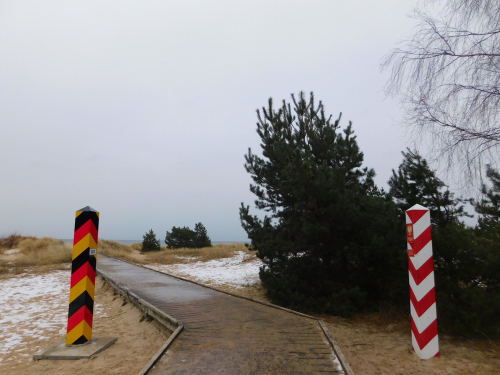 Brussels (Brussels Morning) Germany’s Minister of the Interior, Building and Community, Horst Seehofer, says Berlin has no plans to close the country’s border with Poland.

Pointing out that illegal border crossings from Belarus to Poland have surged, he reiterated that “no one intends to close the border”,Reuters reported on Wednesday.

German federal police reported last week that the number of migrants who entered the country via Belarus and Poland had increased to more than 4,300 since August, a figure that had stood at 26 in the period between January and July.

Seehofer pointed out that Germany had offered to provide Poland with logistical support and to organise joint border inspections to curb human trafficking and to identify cross-border commuters.

Migration on the rise

Current trends suggest that Germany will see more asylum applications this year than it did in 2020 as the number of asylum applications rose to 80,000 in the period between January and September, compared to a total of 76,061for the corresponding period last year.

Seehofer acknowledged that the situation is not as serious as it had been from 2014 through 2016, when more than one million migrants applied for asylum in Germany. Most came from the Middle East via the Balkan route and Greece.

Seehofer accused Belarus of manipulating migrants for political purposes, citing the fact that the authorities there had expanded the list of countries whose citizens can enter Belarus without a visa.

He appealed to Russia to pressure Belarus President Alexander Lukashenko to stop using illegal migration as a tool against the EU, stating that “we are convinced that the key is probably in Moscow.”

EU member states that share borders with Belarus have accused the country of pressuring the bloc with illegal border crossings in retaliation for sanctions imposed over the crackdown on anti-government protesters after the disputed election in August last year.

Lukashenko has rejected the accusations, blaming Western countries for what he describes as a brewing humanitarian catastrophe on the border between Belarus and Poland.