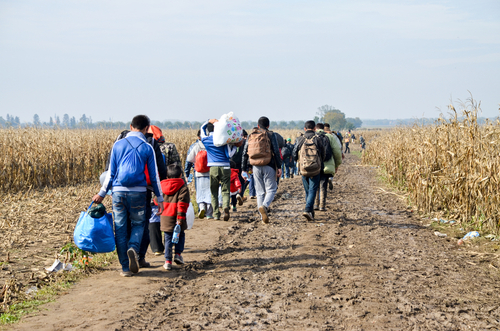 Brussels (Brussels Morning) Lithuania has deployed troops to guard its borders, and has
begun constructing a barrier wall on Friday to prevent illegal migrants from entering the country
from Belarus.

Lithuanian Prime Minister Ingrida Simonyte previously accused Belarus of flying migrants to
Minsk and then helping them cross the EU border into Lithuania. Claiming documented
evidence was found on at least one migrant, Simonyte said on Wednesday that migrants are
being flown into Belarus from Iraq and Turkey.

Announcing the plans to curb the recent flow of migrants, Simonyte also maintained that
Belarus is making money on migrants, charging them for visas. She observed that she does not
expect the migrant wave to subside on its own.

Belarus opened its borders to migrants two months ago, in retaliation for the EU sanctions
imposed on the country after its fighter planes forced a commercial airline flight to land in order
to arrest a dissident journalist.

According to the country’s strongman President Alexander Lukashenko, Belarus is now
guarding its borders only to the extent that it is “profitable” and affordable, in essence
suggesting that Middle Eastern, African and Asian migrants are free to try and leave the
country.

On Tuesday, Lukashenko declared Belarus would not close its borders with neighbouring
countries in order to become a “holding site” for people running from Afghanistan, Iran, Iraq,
Libya, Syria, Tunisia and other African countries.

He implied that Western countries should start negotiating with him if they want migrants to stay
in Belarus, indicating that he is “ready to come to the table” and agree on conditions necessary
for that to happen.

The Belarus-Lithuania border runs through sparsely populated areas, with long stretches that go
through uninhabited forests, marshland and wilderness, making it difficult to monitor and
relatively simple to cross. At least 1,500 migrants entered Lithuania from Belarus this year, with
900 crossing the border in the last nine days.