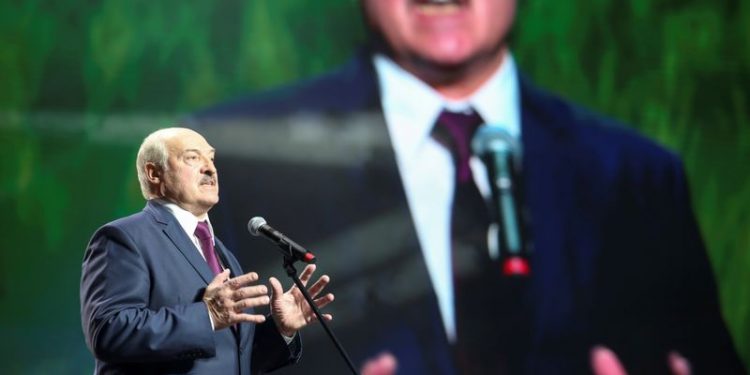 (Brussels – Brussels morning) Germany’s Minister of Foreign Affairs Heiko Maas is urging that EU sanctions against Belarusian officials be widened to include President Alexander Lukashenko, according to Reuters reporting on Monday.

Before the meeting of EU foreign ministers in Luxembourg, Maas asserted that nothing had improved in Belarus since the bloc’s last meeting, with the Belarusian regime continuing to arrest peaceful demonstrators. Lukashenko should therefore be added to the list of sanctioned Belarusian officials, he said.

The Viasna human rights NGO said about 250 people have been detained in Minsk and some 35 in other cities. Russia’s TASS news agency reported its journalists were among those initially detained but were released later on.

Sunday’s demonstration was the tenth consecutive weekly protest since Lukashenko claimed victory in the presidential election in August. The EU and the US have refused to recognise Lukashenko as the legitimate president. Both imposed sanctions against Belarusian officials in reaction to the reportedly rigged elections and the ensuing crackdown on protesters. Lukashenko was not among those on the sanctions list.

According to independent media estimates, tens of thousands of protestors took part in yesterday’s demonstration, calling on Lukashenko to step down. The previous day, Lukashenko visited a group of recently jailed opposition politicians. His opponents interpret the visit as a sign of weakness, claiming it is an attempt by Lukashenko to reach some form of compromise with the protest movement at a time when opposition politician in exile Sviatlana Tsikhanouskaya is attending meetings with EU leaders including France’s President Emmanuel Macron and Germany’s Chancellor Angela Merkel.

Tsikhanouskaya claimed that the visit is an acknowledgment on Lukashenko’s part that political prisoners do exist in Belarus while noting that prison cells are not suitable locations for dialogue. Opposition politician Pavel Latushko said the continuing police crackdown on protests shows how incapable the regime is of having honest and open dialogue with the people.