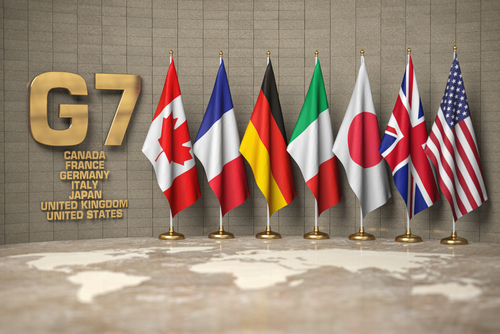 Besides the food situation, the top diplomats from Canada, France, Germany, Italy, Japan, the US, the UK and the EU will discuss the war in Ukraine and response to Russia, Reuters reports Friday.

Speaking ahead of the meeting, German Minister of Foreign Affairs Annalena Baerbock stressed that G7 members are united and added “never since the end of the Cold War have we G7 partners been more profoundly challenged.”

Liz Truss, UK Secretary of State for Foreign, Commonwealth and Development Affairs, stressed the importance of providing Ukraine with weapons and maintaining pressure on Russia by imposing more sanctions.

Besides G7 representatives, foreign ministers of Ukraine and Moldova will attend the annual G7 meeting in Germany.

The UN previously warned that the conflict in Ukraine creates additional pressure on prices of fuel, grains and fertiliser, predicting that growth of prices will pick up pace and deepen food crises in Africa.

Baerbock pointed out that some 25 million tonnes of grain are stranded in Odessa, warning that the food “is urgently needed, above all in African countries and the Middle East.”

According to her French counterpart Jean-Yves Le Drian, G7 has to “show that Russia’s aggression against Ukraine is provoking the global food crisis.”

In his opinion, the group needs “to deal with a conflict that will last and the long-term consequences on food security.”

A French diplomat pointed out that Moldova is reporting incidents involving pro-Russian separatists and added that the country is struggling to deal with the refugee influx from Ukraine.

“The country has been weakened because of the war… so we need to confirm our support for Moldova,” the diplomat noted and warned that the conflict could spill over to Moldova.

Besides Ukrainian and Moldovan foreign ministers, their Indonesian counterpart will attend the G7 meeting on Friday to discuss the looming food crisis. Indonesia currently presides over G20, which includes Russia.