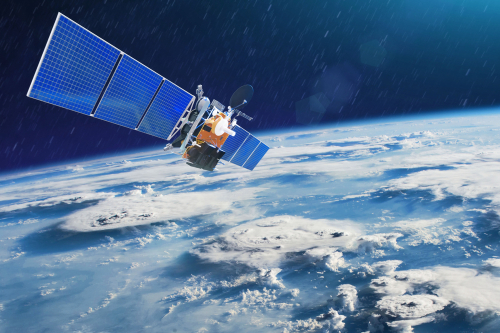 Ericsson is Europe’s largest 5G technology vendor and developer, while Thales has experience developing satellite communication systems for civil aircraft manufacturers. If the trio succeed in their plans to have a 5G mobile device connect with satellites, they would be able to offer an affordable alternative to expensive satellite phones and Starlink’s satellite internet, which requires a pricey user terminal.

According to Hakan Djuphammar, head of Special Projects at Ericsson, the companies first plan to do ground simulations of their technology, before eventually moving the testing to space. “Discussions are on for testing on the International Space Station and with a few satellites”, said Djuphammar.

The partnership comes as the global telecommunications standards’ body 3GPP approved creation of satellite-drive 5G non-terrestrial networks (NTNs). According to Ericsson, all three partners have conducted detailed research in the technology, including performing multiple studies and simulations.

If the technology proves feasible, it could offer 5G connectivity anywhere on Earth, even in the areas nowhere near cell towers or signal repeaters, such as deserts or oceans. Such a space-based network would also be useful as a back-up for the terrestrial networks, in case of major network outages or disasters.

First tests will take place in France, using an emulated space environment, with Ericsson providing a virtual radio access network stack capable of processing a fast-moving signal source, which would be the case with satellites. Thales will verify the feasibility of a 5G radio satellite payload suitable for deployment to low earth orbit, while Qualcomm will provide test phones to verify that such 5G NTN could be accessed by smartphones in the future.

Ericsson’s CTO Erik Ekudden noted that it is far too early to say when a first 5G prototype satellite could be launched into low earth orbit, but stressed that the upcoming ground based testing and validation work planned by the three companies is “the key to making it happen”.

“The ultimate result could effectively mean that no matter where you are on Earth – in the middle of an ocean or the remotest forest – high-end, secure and cost-effective connectivity will be available through collaborative 5G satellite and terrestrial connectivity”, said Ekudden.

The 3rd Generation Partnership Project (3GPP) was created when the European Telecommunications Standards Institute (ETSI) joined up with six other international standards bodies to develop the first set of advanced GSM standards for 3G mobile systems in 1998. This year, 3GPP published Release 17 of its standards, providing the framework for future use of non-terrestrial networks in 5G telecommunications.

The international body expects the satellite-based 5G to become available in commercial products sometime in 2024. The near-radio NTN specifications in Release 17 have come paired with narrowband Internet of Things (NB-IoT) specifications, as well as with enhanced machine-type communication (eMTC) specifications, meaning that the technology, if verified, could be also used for a wide variety of other technological and logistical purposes other than just providing mobile internet to smartphones.

Work is already in place for future expansion of specifications to improve definition of enablers for near-radio satellite access to serve fixed and moving platforms – aircraft, vessels, UAVs, as well as various installations, businesses and other premises.