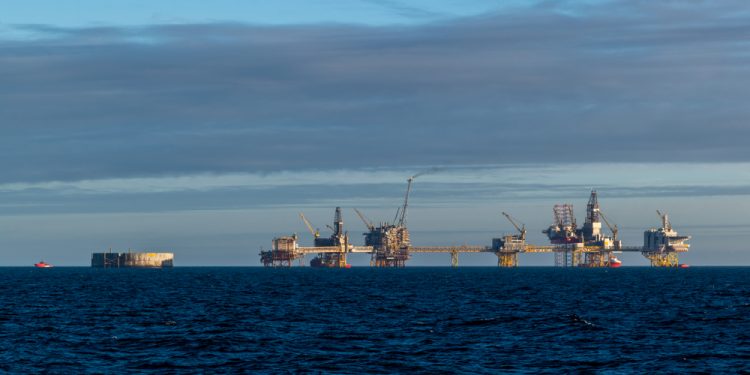 Brussels (Brussels Morning) Danish Minister of Climate and Energy Dan Jørgensen says the country will end new hydrocarbons exploration in the North Sea as part of the plan to stop extraction of fossil fuels by 2050, BBC reported Friday.

The Danish government cancelled the last round of licensing for hydrocarbons exploration and exploitation on Thursday, with Jørgensen pointing out that the era of fossil fuels is drawing to an end.

The outcome of the last round of licensing was uncertain since French Total withdrew in October, leaving only one applicant remaining. Investor interest has waned due to economic factors, with oil prices dropping and costs of extraction increasing.

While it produces significantly less oil than non-EU members Norway or the UK, Denmark is the largest producer in the EU. According to BP, Denmark pumped 103,000 barrels per day last year from 55 drilling platforms exploiting 20 oil and gas fields.

Jørgensen predicts that Denmark’s decision to end new exploration will resonate around the world given its status as the EU’s largest oil producer.The Ministry of Climate and Energy notes that the move could cost Denmark approximately 13 billion krona, about 1.268 billion euro. The decision is a historic milestone, Jørgensen says, since no other large oil producers have taken similar steps. Denmark, he added, wants to become climate neutral by 2050 and ending hydrocarbons exploration is a necessary step if that goal is to be achieved.

Denmark has set ambitious environmental protection goals, including plans to cut greenhouse gas emissions 70% in the period between 1990 and 2030 as it bids to reach net zero emissions by 2050. Both goals have been legislated for.

Denmark has been very vocal about fighting climate change. Since the 1970s, as the EU’s largest oil producer, it has earned billions of euro from its exploitation of North Sea oil fields, which helped finance its welfare system. The country has come under criticism lately for not pursuing its stated environmental goals more ambitiously, with its latest decision sending a stronger message.

Jørgensen notes that approximately 4,000 jobs in Denmark depend on oil and gas exploration and adds that new jobs should be created in the expanding offshore wind farming sector as well as in the development of carbon capture and storage technologies.