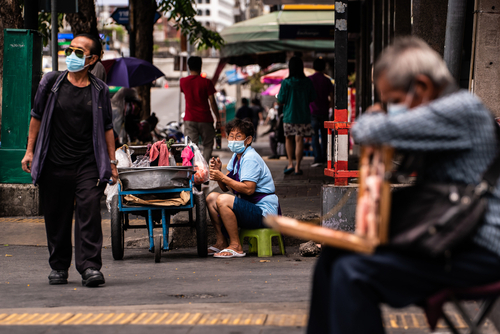 Brussels (Brussels Morning) Speaking about a potential fourth booster of the vaccine, Europe’s top medicine regulator said that although the disease is still in the pandemic phase, the spread of the Omicron variant will turn COVID-19 into an endemic disease that humanity can learn to live with.

“With the increase in immunity in the population, and with Omicron, there will be a lot of natural immunity in addition to vaccination — we will move quickly towards a scenario which will be closer to endemicity”, Marco Cavaleri, head of vaccine strategy at the European Medicines Agency (EMA), told a press conference, on 11 January.

“We’re almost there [endemic phase], it is now the beginning of the end, at least in the UK”, said Prof Julian Hiscox, chairman in infection and global health at the University of Liverpool, as reported by BBC. “I think life in 2022 will be almost back to before the pandemic”.

Belgian virologist Marc Van Ranst described the COVID-19 epidemic as slowly heading towards “something that comes closer to flu”, suggesting that this might would allow for better management of possible future waves.

Overall, patient numbers in intensive care, as well as the mortality rate, is decreasing. “The disease appears to be less severe and so we have to start to mentally adjust to that. This comes closer to flu and is something we can see every year. This is something we know”, Van Ranst observed.

The virologist did urge the public not to downplay the severe impact that flu can cause: “People end up in hospital because of it and people die too. Flu is certainly not something we should underestimate”.

The World Health Organization (WHO) expressed a divergent opinion, urging governments not to treat the COVID-19 pandemic as endemic, claiming it was “too early” for such a decision.

“It is challenging health systems and service delivery in many countries where Omicron has spread at speed, and threatens to overwhelm in many more”, WHO Europe chief Hans Kluge declared.

The WHO warning came after several European countries, including the UK, France and Spain, showed interest in pushing for a new approach to the pandemic — one that sees illness from COVID-19 as a fixture of daily life.

The EMA has expressed further doubts about administering a fourth dose of the vaccine to the population, maintaining that repeated vaccination at short intervals is not a “sustainable” strategy.

The EU medicines regulator continues to insist that COVID-19 vaccines protect against severe disease and reduces hospitalisations caused by Omicron, especially among people who had a booster.

The EMA also stated that oral and intravenous antivirals such as Paxlovid and remdesivir maintain their efficacy against Omicron and can help limit the burden of disease associated with this variant.