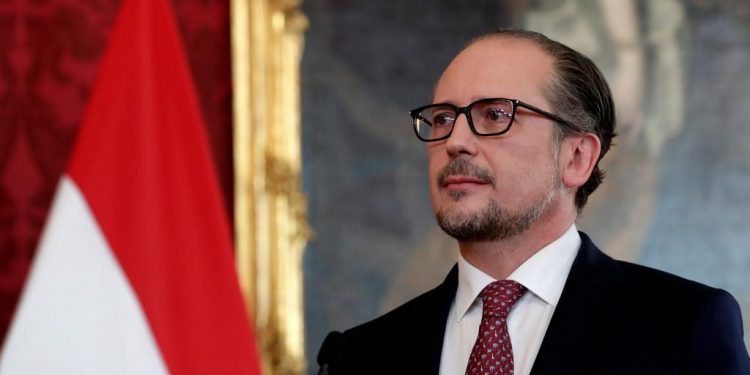 Brussels (Brussels Morning) Austria’s new Chancellor, Alexander Schallenberg, insisted he is not a puppet of his predecessor Sebastian Kurz, after his Tweet was mistakenly sent from Kurz’s Twitter account.

A post announcing Schallenberg’s first official trip in his capacity as Chancellor appeared on Twitter yesterday. It featured his picture and his words, the drawback being that the post originated from Sebastian Kurz’s official account.

The message was quickly removed, with the identical Tweet posted soon afterwards from Schellenberg’s account, arguably painting an even worse picture for the career diplomat, who, despite his new position, has been accused of not really being the one in charge of the country..

Schallenberg, a relative newcomer to politics, is seen as a close ally of former Chancellor Kurz, who was forced to resign when Austria’s anti-corruption prosecutors opened a probe against him and nine of his associates last week.

Kurz resigned so as not to lose the backing of the Green party, the junior partners in the ruling coalition, and has moved back to the parliament to head the caucus of his People’s Party (ÖVP). Resuming that parliamentary position also provides him with immunity from prosecution, a privilege the former Chancellor insists he has no intention of exercising.

Schallenberg was sworn in on Monday, while the opposition claimed he would serve merely as Kurz’s puppet, with the ex-Chancellor controlling the strings from backstage. Allegations that he would do nothing without the explicit approval of his party chief gained further credibility with Thursday’s revealing Tweet.
Despite this, Schallenberg insisted he was his own man. “Of course I am emancipated enough. I was sworn in as Chancellor of the Republic of Austria on Monday”, he declared at a Brussels press conference, blaming “an error on the social media account” for the misposted tweet.