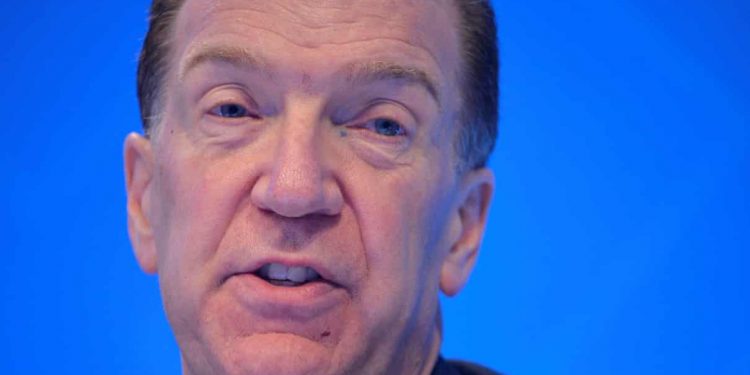 The head of the World Bank has called for a more ambitious debt relief plan for poor countries after warning that the Covid-19 recession is turning into a depression in the most challenged parts of the globe.

In an interview with the Guardian, David Malpass raised the prospect of the first systematic write-off of debts since the 2005 Gleneagles agreement as he said fresh Bank figures due out next month would show an extra 100 million people had been pushed into poverty by the crisis.

Poor countries had been worse hit by the economic fallout from Covid-19, Malpass added, and a growing debt crisis meant it was necessary to go beyond the repayment holidays offered by rich countries earlier this year.

“The immediate problem is one of poverty. There are people on the brink. We have made progress in the last 20 years. Whole populations have come out of extreme poverty. The risk as the economic crisis takes hold is that people fall back into extreme poverty.”

Debt problems were intensifying, Malpass said, because while the gross domestic product of poor countries was going down, the amount they owed was not.

The World Bank president said he was pleased to see the G7 industrialised nations considering extending the debt repayment holidays due to end this year into 2021 but said a more radical approach was needed.

“Even before the pandemic we had noted debt distress in many countries. There has been a huge rise in the amount of debt in poor countries and across the developing world, in part caused by the hunt for yield.

“For countries that are heavily indebted we need to be looking at the stock of debt”, Malpass said. “Up until now we have been providing relief for debt service payments but then adding what hasn’t been paid on at the end.”

Malpass said the terms under which countries borrowed needed to be more transparent and said it was important that agreements included creditors that had so far not taken part in debt deals, such as private sector investors and China’s development bank.

“There is a risk of free riding, where private investors get paid in full, in part from the savings countries are getting from their official creditors. That’s not fair to the taxpayers of the countries providing development assistance and means poor countries don’t have the resources to deal with the humanitarian crisis”.

Malpass said the Bank had mobilised $160bn for loans and grants to relieve the immediate pressure on health systems, the increase in the number of children out of school, the loss of incomes for those working in the informal economy and the threat of hunger. The full cost of boosting developing country infrastructure, improving health and education systems, and weaning poor nations off fossil fuels would run into trillions of dollars.

“The recession has turned into a depression for some countries”, Malpass said, adding: “This is the biggest crisis in decades but I’m fundamentally optimistic that people working together will find a way through it”.

The World Bank president said the prospect of people going hungry was “gravely concerning”, noting the threat to food security as the year progressed.

Decent harvests and food imports were currently keeping the threat of famine at bay, but Malpass said: “ While there is no food shortage problem now if the situation continues it could become one”.

Malpass said it was a “huge tragedy” that the crisis had prevented many children in poor countries from going to school. “It is pretty clear. When children are out of school they lose some of what they have already learned”.

The reduced access to schools meant some countries were going backwards on education, he added, with knock-on effects on the physical protection of young girls for whom there was a heightened risk of being married at a young age.