What happens when marriage with a Saudi citizen does not work out? 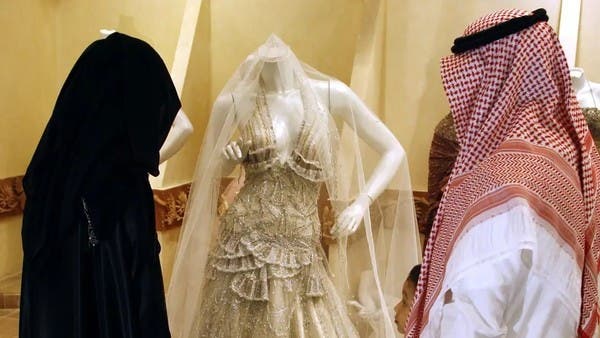 After a custody reform was enacted in Saudi Arabia last year, Brussels Morning asks experts what rights EU citizens in mixed marriages have should their marriage with a Saudi citizen fail to work out.

Brussels (Brussels Morning) Two years ago, the family law jurisdictions of the US and Kingdom of Saudi Arabia (KSA) butt heads in a high-profile case, which resulted in Bethany Vierra losing custody of her then 4-year-old daughter, because Vierra was deemed too western by the father, her ex-husband. A new agreement was eventually worked out between the two parents but she said at the time the rights afforded “seem basic elsewhere but are so difficult here”.

Would things have turned out differently if Vierra fought the case from the EU or if new custody reforms had been enacted?

Under the new law — 1441/2020 — enacted last year, custodial rights are generally assumed by the mother but other considerations — religious affiliation, i.e., being Muslim, income (ability to provide financial support and housing) and, implicitly, gender (being a rational mature adult), all play a role.

It is too early to tell from the data under the new law but many cases, including those involving foreign natioanls, habitually end up in favour of the male.

Brussels Morning asked two experts — Emmanuel Ruchat, Managing Partner at Lexial and Abir Al-Sahlani MEP — where the rights of EU citizens stand should they find themselves in marital breakdown and in the midst of a custody battle.

Brussels Morning. In the case of mixed marriages, which country has legal jurisdiction? What is the level of consular support a woman with EU citizenship should expect in the Gulf?

Emmanuel Ruchat: In France and Belgium it is generally accepted that in case of disagreement between the parents, that the competent court is that of the child’s habitual residence. As a result, in the case of a mixed marriage, when the child was born and grew up in KSA, Saudi courts have jurisdiction.

When a mother leaves KSA without the father’s consent in an attempt to obtain custody, in line with the Hague Convention, a judge will frame the case as “international child abduction” unless

Broadly speaking, the level of consular support for foreign citizens is “moderate” depending, of course, on the diplomatic relationships with this country.

BM. Does the EU have a duty of care for children? At what point does the breakup of a marriage become a diplomatic affair?

ER. Of course, the EU has a duty of care regarding children, stated in particular in Article 3 paragraph 3 of the Treaty, explicitly mandating the protection of children’s rights, including in foreign relations. Nevertheless, there is in fact little chance of strong European action in such a scenario. To give an example, which is not directly related to marriage issues but has led to staggering consequences: in 2018 a Saudi activist woman was kidnapped in the UAE and imprisoned because she tried to contact the Embassy of the Netherlands and the EU delegation.  The prosecutor requested the maximum sentence (five years in jail, a fine of 3 million riyals and a travel ban). At the time, the European Commission just said that the EU was “aware of this case and raised it at different levels with the Saudi authorities.” But the KSA has not even allowed EU diplomats to attend hearings, despite the EU delegation’s request. Nothing happened, although the EU has a normative duty to promote “social justice and protection, equality between men and women”. That goes to show that it shows that a diplomatic incident just for a divorce is unlikely, as unfortunately, the EU generally shows a kind of lukewarmness in such situations.

BM. It could be argued that EU women marrying Saudi men accept their husbands have some control over them and their children. Do you think the European Courts should treat women leaving KSA as refugees?

AS. The EU must respect international law and the right to seek asylum is one important principle of international law. Enshrined in that right is that every asylum seeker must be tried by the authorities based on their individual circumstances. In individual cases these individuals may be indeed regarded as refugees, but I think it would be a step too far to say that all Saudi women should be considered refugees no matter the context.

BM.  The law does not berate physical abuse of children in Saudi Arabia and other Gulf States. Politically speaking, should European states have a duty of care for the child, even when he or she is not an EU citizen?

AS. Saudi families — like everybody else who live in Europe must of course follow European laws. Currently corporal punishment of children is banned in most European countries, but not all. Of course, more severe abuse is another thing, and European authorities should always stand ready to intervene when a child is mistreated and abused.

BM. The EU only intervenes in custody cases in Saudi Arabia when a woman can reach an Embassy or post about their situation on social media. Is this the best Europe can do in terms of diplomatic support?

AS. The question of EU extraterritoriality in Saudi Arabia is a complex one. While I am well aware of the enormous infringements on individual freedoms that the male guardianship entails, it is difficult to foresee a way for the EU — or EU countries — to freely interfere in Saudi society and take it upon themselves to change the situation of Saudi women. It is important for the EU to keep up the pressure on Saudi Arabia to end the unacceptable situation where women are treated like property, but in the end these are reforms that must be carried out by Saudi Arabia itself.

The European External Action Service has a Delegation in Saudi Arabia and discusses human rights issues regularly as part of the political engagement with the Saudi regime.

Of course the European Parliament has a role to play in pushing the EU Commission and the various EU countries to do more. The EU does not have a harmonised foreign policy, so European countries may take slightly different approaches towards Saudi Arabia. But just in 2019 the European Parliament adopted a resolution on Women’s Rights defenders in Saudi Arabia. We deplored the guardianship system, and expressed severe concern over the governments web services that allow for the tracking of women.

Ahead of the G20 World Leaders Summit, virtually hosted by Saudi Arabia in November, my political Group in the European Parliament — Renew Europe — urged all European leaders to use the summit to push the Saudis and force the topic of Saudi women’s rights at the meeting. It is ridiculous that Saudi Arabia is entrusted to host prestigious international summits while they continue to imprison their own citizens simply for advocating for women’s rights.

We must at the same time keep in mind that the whole system with the UN is based on sovereign states. It’s not something that we have made up, and we have to respect that even when it hurts. But we can’t take away the Saudi peoples’ right to form their own country. The day when the Saudi population revolts, we can stand by them and give them all our support. But right now we must do what we can with the tools we have. Such as putting pressure on Saudi Arabia to add clauses on human rights in trade agreements, and so forth. All of us who work for women’s rights in Europe must keep up the political pressure also on the global stage.