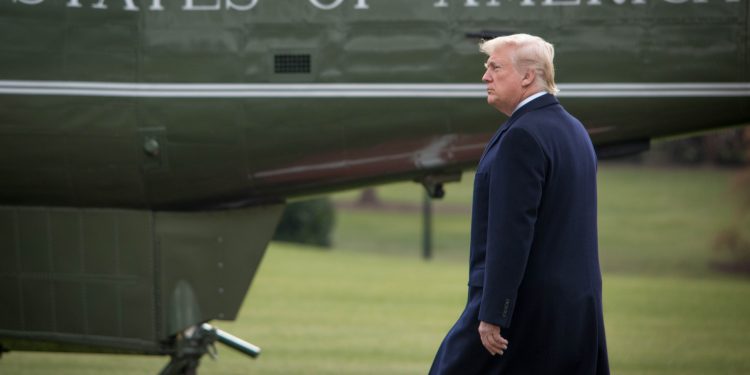 New York (Brussels Morning) On Monday, Emily Murphy, the Administrator of the General Service Administration, signed off on the paperwork to officially begin the presidential transition.

Given that this occurred after President-elect Joe Biden announced his nominees for several important cabinet positions, this decision was more of a recognition of what the rest of the world understands to be obvious than a bold decision by Murphy.

Nonetheless, as this happened the same day as Michigan certified the election results, it is now clear that although we will likely all have to listen to more  rants and Twitter tantrums by Donald Trump, Rudy Giuliani and a few others about election fraud, there will be a peaceful, and perhaps even smooth transition.

This is an unambiguously positive development for the US, particularly because a month ago many, including me, were concerned that this would not happen. As the transition approaches and then recedes into the background when Biden begins his term, there will be an inclination to dismiss those who warned that Trump might not leave office as being too dramatic.

We can expect to see articles and comments affirming the strength and stability of our system while suggesting those who raised concerns were unnecessarily raising fears and seeing a crisis when one did not exist.

This pollyannish instinct to downplay the gravity of the threat that Trump posed to the fairness of this election, and to its outcome being honored, creates two problems.

First, it overlooks the reality that those who raised these concerns before the election, the organizations that mobilized people to defend their votes and the legal minds that prepared to represent Biden to ensure his victory are the reason why Trump was unable to undermine the election results.

Second, it is a huge mistake to let Trump’s failure at essentially stealing this election overshadow the enduring damage Trump has done to American democracy.

Trump failed in his effort to overturn the results of the election, but his efforts were real and significant. While it is now easy to laugh at the clownishness of Trump’s legal team or the weakness of his legal strategy, there was much more to Trump’s efforts than that.

Even before the election, he sought to undermine the credibility of the balloting, particularly in large heavily African American cities like Philadelphia and urged his violent white supremacist supports to be prepared to mobilize in support of his efforts. We all remember “Proud Boys, stand back and stand by.”

Hours after the polls closed on the west coast, Trump came out swinging in a press conference where he blustered that he had won the election by a landslide and that massive election fraud was occurring. In the hours that followed the Republican Party quietly, but relatively unambiguously, closed ranks around this absurd assertion. A few days later, at another press conference, Trump angrily reasserted these claims.

Had America not been prepared for this coup attempt, it probably would have succeeded. Fortunately, Trump had shown his hand long enough in advance-as early as February of 2017 some scholars wrote about the possibility of Trump not leaving if he lost in 2020-that pro-democracy forces were able to prepare.

Messages that the votes would take a longer than usual time to count and that Trump would falsely declare victory were effectively communicated through the media and through grassroots organizations. Similarly, preparations were made for peaceful demonstrations in the days following the election if Trump’s efforts to subvert the outcome got any support. In some states, for example Michigan, those demonstrations played an important role.

Another key reason Trump failed was that the right-wing hate groups that are his political base did not come out in support of his claims and were not mobilized to the extent that many feared.

This may have been just a lucky break or the residue of the laziness or disorganization of these groups, but it was also because they knew that if they mobilized they would have been out-numbered by peaceful pro-democracy demonstrators.

Therefore, Trump’s efforts were unsuccessful not just because he was bumbling, disorganized and had inadequate legal representation, but also because he was defeated by people who organized in anticipation of Trump refusing to accept the election outcome.

Trump will leave office in January, but even if he slinks off into a life of legal problems and declining political relevance, the damage he has done to American democracy, including his actions and statements of recent days, will be with us for a while.

That is another reason why we should not minimize what Trump tried to do or accuse those who anticipated it of overreacting. The fact that a sitting president, with no evidence to support his claims, screamed election fraud and was supported by close to a third of the country and, initially, almost all the leadership of his own party, cannot be erased simply because Trump was too lazy, too stupid or lost by too big of a margin to succeed in this endeavor. It also underscores that those of us who warned about this happening were wise to do so.

Had Trump been smarter, put a better legal team together, been more strategic or been just slightly more competitive in a few states, this could have gone in a very different direction. Accordingly, we need to recognize that American democracy, while clearly in better shape that it was a month ago is still imperiled and still reeling from the last four years.